Amos Williams, TesseracT’s bass player and the driving force behind P O R T A L S comments “Concealing Fate Part One…Acceptance. This for many long time fans would have been the first bit of noise that they would have heard from us. It’s a powerful journey for the band that encompasses so much of what we are. Heavy chunky riffs, soaring melodies, and intricate rhythmic sections. It’s all and everything TesseracT is.

So, for P O R T A L S, we decided it needed a look that was unlike anything else we had ever created. Our team did not disappoint. The visual tone captured by Richard Oakes has a quality that draws you in. The unusual lighting created by Tom Campbell sits stark in contrast to the rest of the show. Somehow this song stays fresh, even after all these years. The story it has to tell remains true. It is perhaps fitting that as we release P O R T A LS on Friday the 27th, we should also release the first song from from our first release way back in 2010. The song that began our long journey. “

This an ambitious concept offered fans an escape in a time of isolation with the live cinematic experience fusing the band’s incredible live performance with beautiful lighting and striking effects, all brought together by chaptered screenplay, to give the viewer a completely new and unique experience.

The P O R T A L S show saw the band perform14 songs spanning their entire catalogue in a performance that lasted over 2 hours, including fan favourites, singles and tracks that had never performed live before.

Kscope present this unique event to a wider audience with the film and soundtrack being issued on an array of formats including Blu-Ray, Triple LP soundtrack and as a limited edition deluxe 4 disc book edition. The release is, unsurprisingly being praised by the media with Metal Hammer Magazine describing it as “a hugely impressive document showing how far TesseracT have come as a band” and Prog Magazine simailarly stating P O R T A L S as  “a powerful snapshot of where the band are now”. 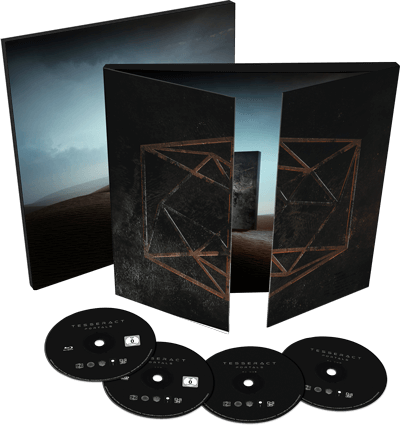 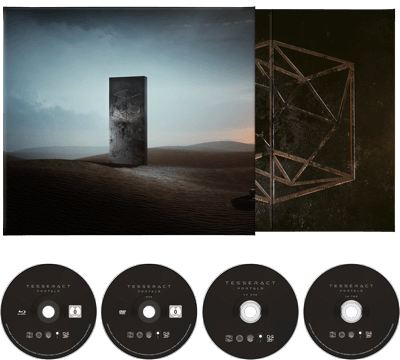 Order your copy of P O R T A L S
Sign up to the Kscope newsletter for the latest news and releases from the label!
Holler Box