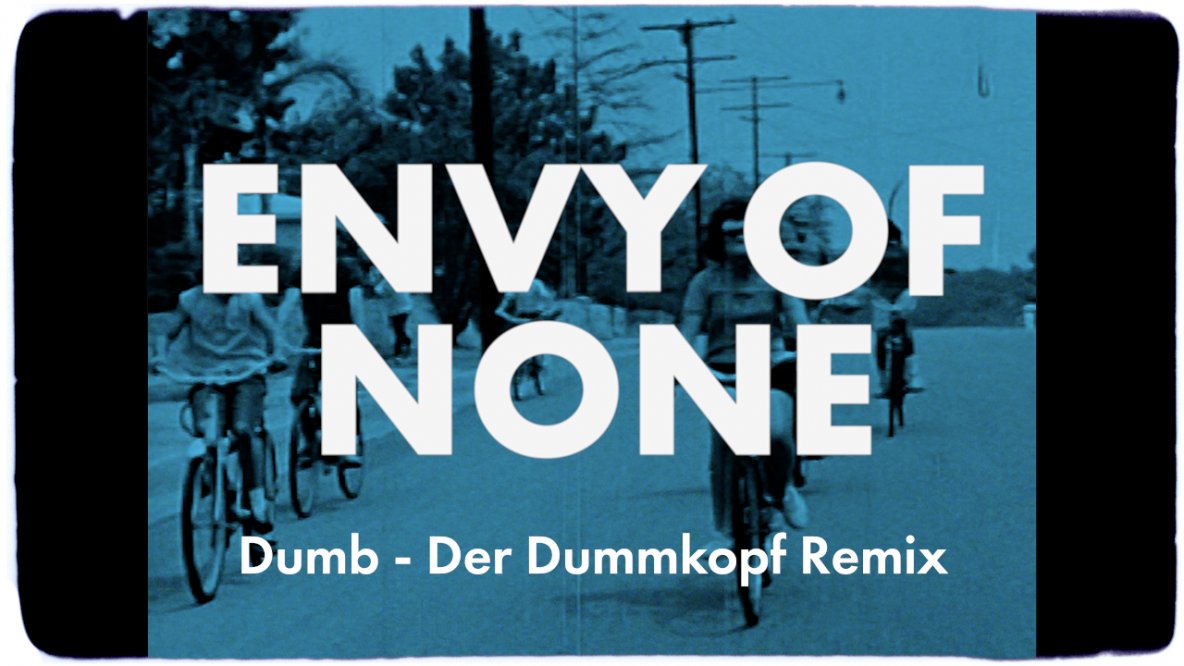 Following the release of their debut self titled album, which charted worldwide and garnered praise from both fans and media,  Envy Of None, the new project featuring Alex Lifeson (Rush), Andy Curran (Coney Hatch), Alfio Annibalini and singer Maiah Wynne have released a new digital single and lyric video for a remix of the album track – Dumb (Der Dummkopf Remix).

Envy Of None bassist Andy Curran comments on the process “The approach we took was to create a different version that also kept the spirit of the original. The seeds of DUMB were focused around the relentless bass line that sits under the chorus. The lyrical hook was something me & Maiah co-wrote trying to have fun with the 1+1=3 line as well as the “dumb dee dumb” lines. We always felt the song had a bit of a Euro-electronic dance vibe so on the remix we really pushed that button. Not only did Maiah add back in some her original vocal tracks which don’t appear on the original version, we added three additional drum loops, some keyboard pads and had fun with some voice samples layered in throughout the song. Lastly we added a new intro for the song as well as an outro which Maiah created after she heard some of the first few remixes passes. We really just had fun messing the hair up of this song while trying to keep its simple charm. But as per usual, it really was a joint effort - all 4 EONs had their fingers in the making of this pie! The video was also a blast to be part of. Hope you like it!”

Stream Now
Sign up to the Kscope newsletter for the latest news and releases from the label!
Holler Box