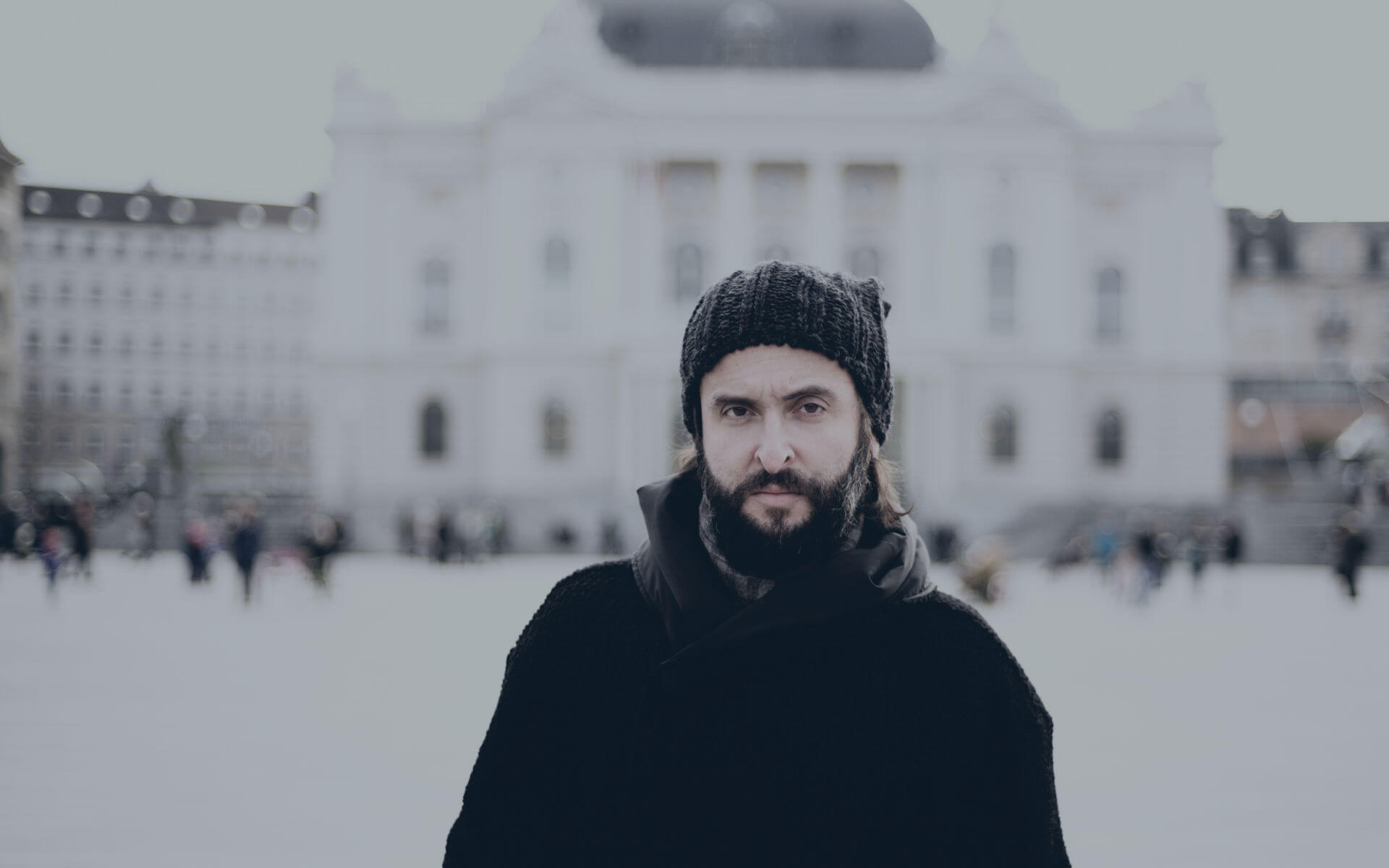 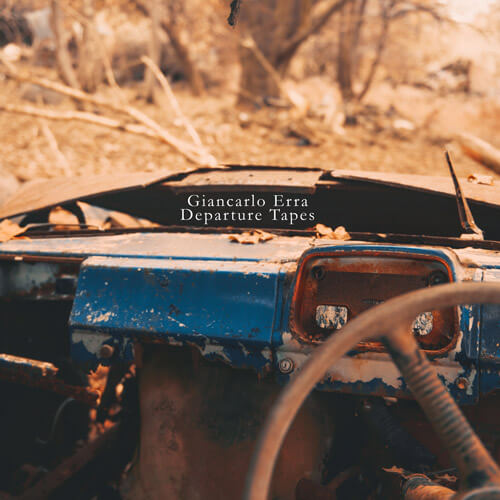 Departure Tapes is an album consisting of 6 contemplative recordings, written while travelling between the UK and Italy. The majority of these 6 tracks were improvised in the studio by Erra, so for the most part, are totally unique and hold a sincerity which cannot be replicated. It is the follow up to 2019’s acclaimed album Ends I-VII, with the new recordings reflecting what, has been an extremely difficult year for Giancarlo, with the loss of his father to cancer. Erra comments “In 2019 my first solo album was just being released, and I already had the view that I wanted to be more experimental with the second one, but no precise idea how at that point. Then my father suddenly got ill with cancer, and everything changed.”

Erra, having had a fractured and conflicted relationship with his father since his early teenage years found a way to turn this distressing time into a cathartic experience, “he left when I was 14 and since then he wasn't really part of my life. Then I received the news of his terminal illness and somehow, I found myself in a situation where I was taking care of this man, someone who I have been distanced from for so long.  During this period, I realised it had become a time for both of us to come to terms with many things. I wanted to get closure, but a positive one, for him and for me, and I think he was the same even though he maybe didn't know it; this was hard but at the same time 'healing' and in a painful twist, it was possibly the most close and positive few months I had with him since I was a small child.” He explains the influence this had on him creatively “It's the first album I have created without realising I was actually writing it, as it is so intrinsically linked to one of the hardest and yet more healing parts of my life. The end result is the most experimental, and at the times, the darkest material I have ever written, without compromise or set plan. It contains all the elements of my music in a very unconscious free flowing way.

The first single to be taken from the new album is the extremely poignant and personal “Departure Tape” with the video dedicated to Erra’s father, he explains “This track was written I think when I came back from my first visit to Italy to see my father after he had been diagnosed. It really just began as a live experiment - born and finished within one afternoon. I remember I didn't really want to do anything; I was exhausted and down, but then, when I started playing the track took shape. I discovered there was much more going on inside my head that needed to be faced. For me, music has been always the only way I can do that, and from this introspection ‘Departure Tape’ was born. It's almost as a free subconscious stream of thoughts and feelings while recording everything that was happening.”

Giancarlo Erra began his musical career in 2005 with one man studio project Nosound. 2008 saw him signing with Kscope and released a string of albums under the Nosound banner before recording his debut solo ‘Ends I-VII’. Departure Tapes sees Erra play and record every instrument himself along with taking on full production responsibilities at his own studio.

Max Richter, Olafur Arnalds, Nils Frahm and the more electronic / ambient recordings of Brian Eno may offer a reference point by which to enter Erra’s world, but the depth within his recordings is truly original.

Departure Tapes will be released on

All artist photography by Caroline Traitler. 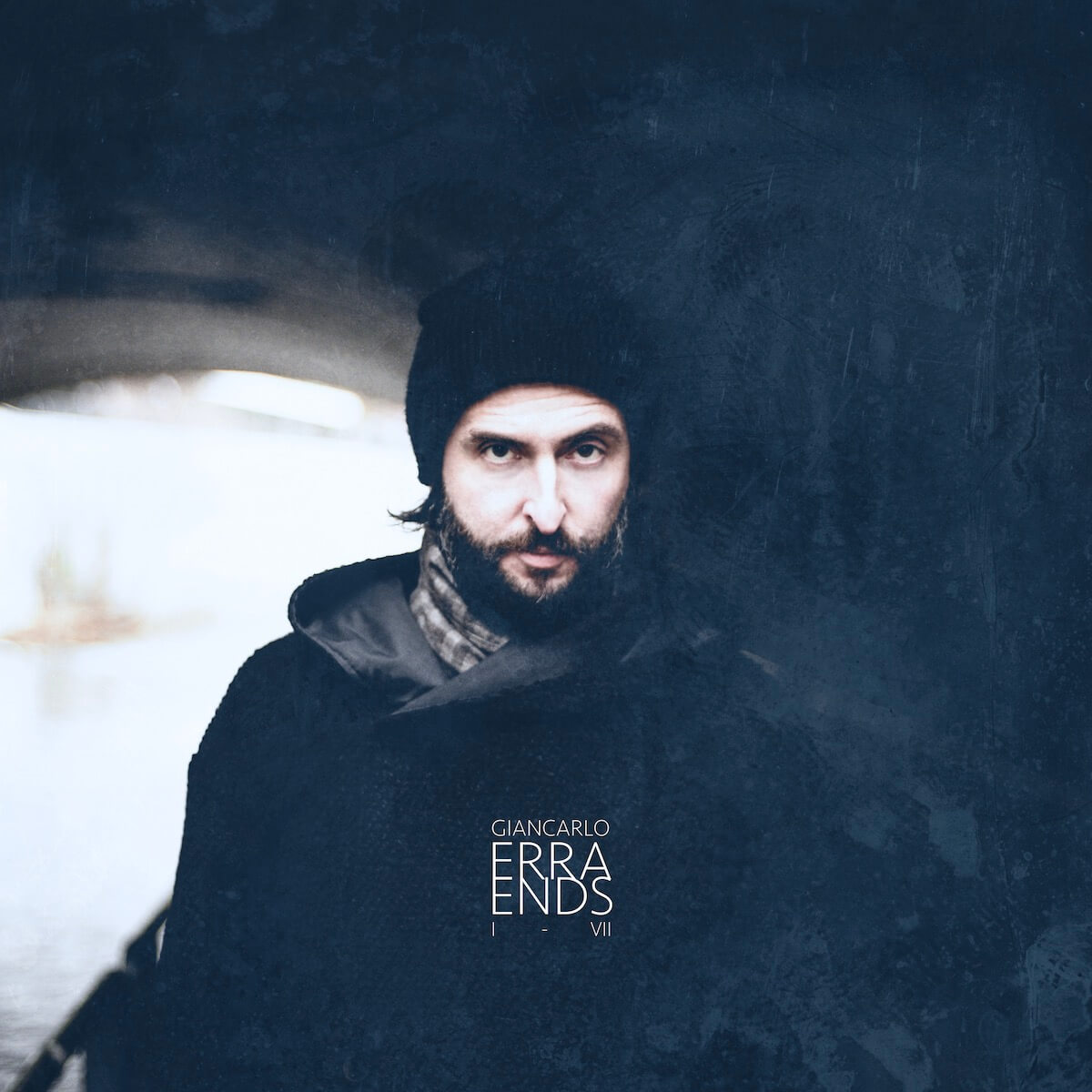 “I decided to call the album 'Ends', because each end is in actuality the possible start for something new (in both music and life). This isn't always easy to accept, and it’s something I often struggle with. The album title is a reminder and an encouragement, plus it’s an appropriate name for my solo debut which explores a different kind of music for me.”

Comprising a suite of eight thematically linked instrumentals, Ends deploys sparse piano patterns, synth textures, eerily beautiful string quartet performances, and subtle electronic pulses to create a compelling whole that establishes Erra as a composer of rare sensitivity and singular purpose. Freed from the constraints of writing songs and creating frameworks for his long-running post-rock collective Nosound, with Ends Erra has delivered the purest distillation of his musical vision.

In abandoning his voice, Giancarlo Erra has discovered a new one.