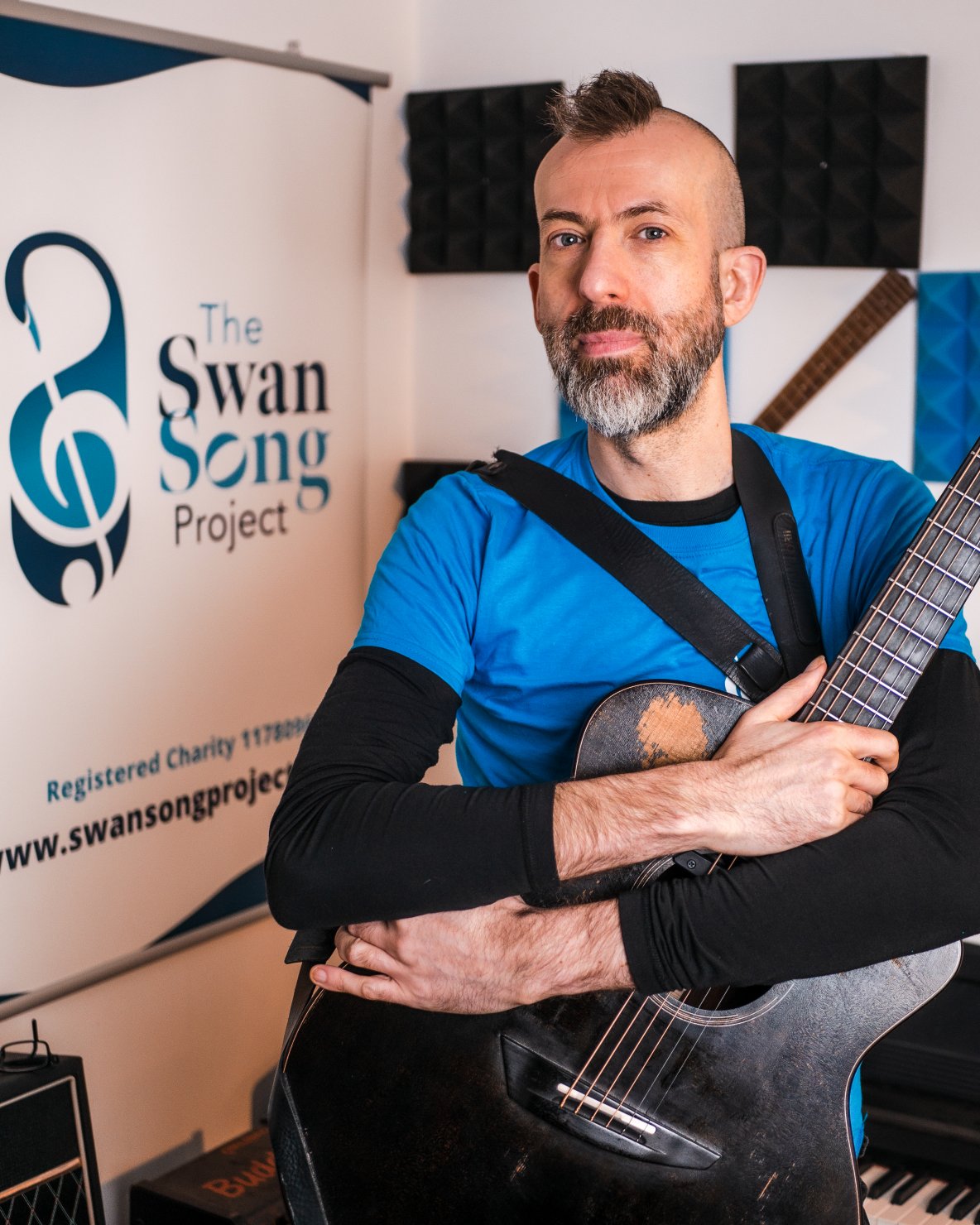 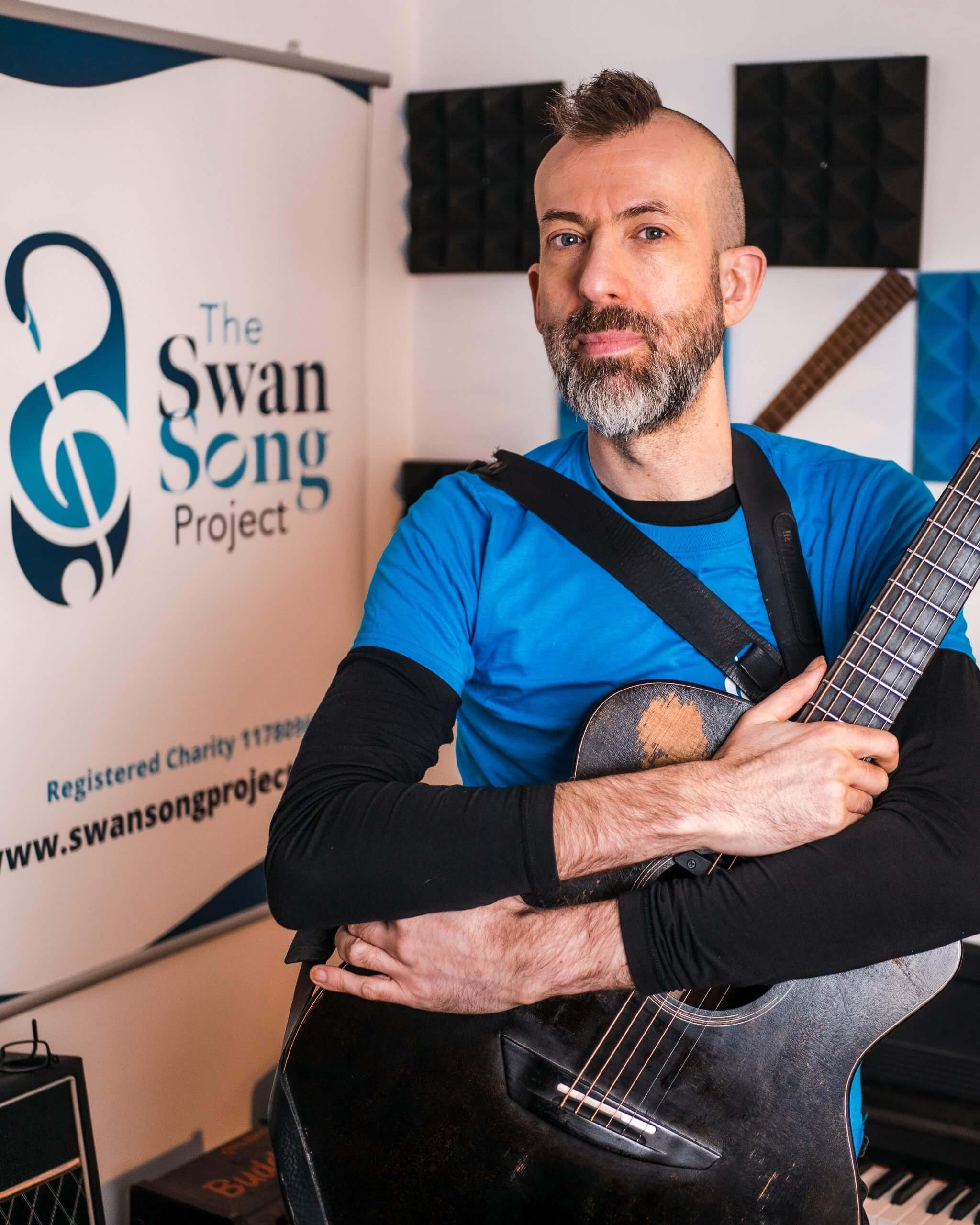 Jon Gomm has recently pledged his support to a small charity called The Swan Song Project, and agreed to become their 1st ambassador. The Swan Song Project helps people who are facing the end of their life to write and record an original song. The charity started in 2017 working with people in hospices across Leeds and Bradford. It has since made its service available virtually, enabling people all across the country to access their support to leave a unique legacy in song.

Jon said “I am honoured to be the 1st ambassador for The Swan Song Project. Writing a song in those circumstances is an amazing idea. Sometimes it’s incredibly hard to express things in words or face to face. So being able to put it into that form, that people can then listen to forever, seems to me an incredible way of having a real memory of a person, to help you cope with the fact that they’re not there anymore.”

“It means a lot to us at The Swan Song Project to have the support of Jon Gomm. We are a very small charity at the moment, but we have big ambitions. We believe everyone should have the chance to leave a song for their loved ones, and we want to be able to support as many people as possible to do this. Jon did our podcast last year and I felt like we clicked. He really got what we were doing and understood the value of it. We were very pleased when he agreed to be our 1st ambassador and we look forward to working together.”

This month Jon went into the Swan Song Project studio and filmed an exclusive world-first performance of the song Tempest from his latest album The Faintest Idea, a song which helped him deal with the loss of his own stepfather to cancer.