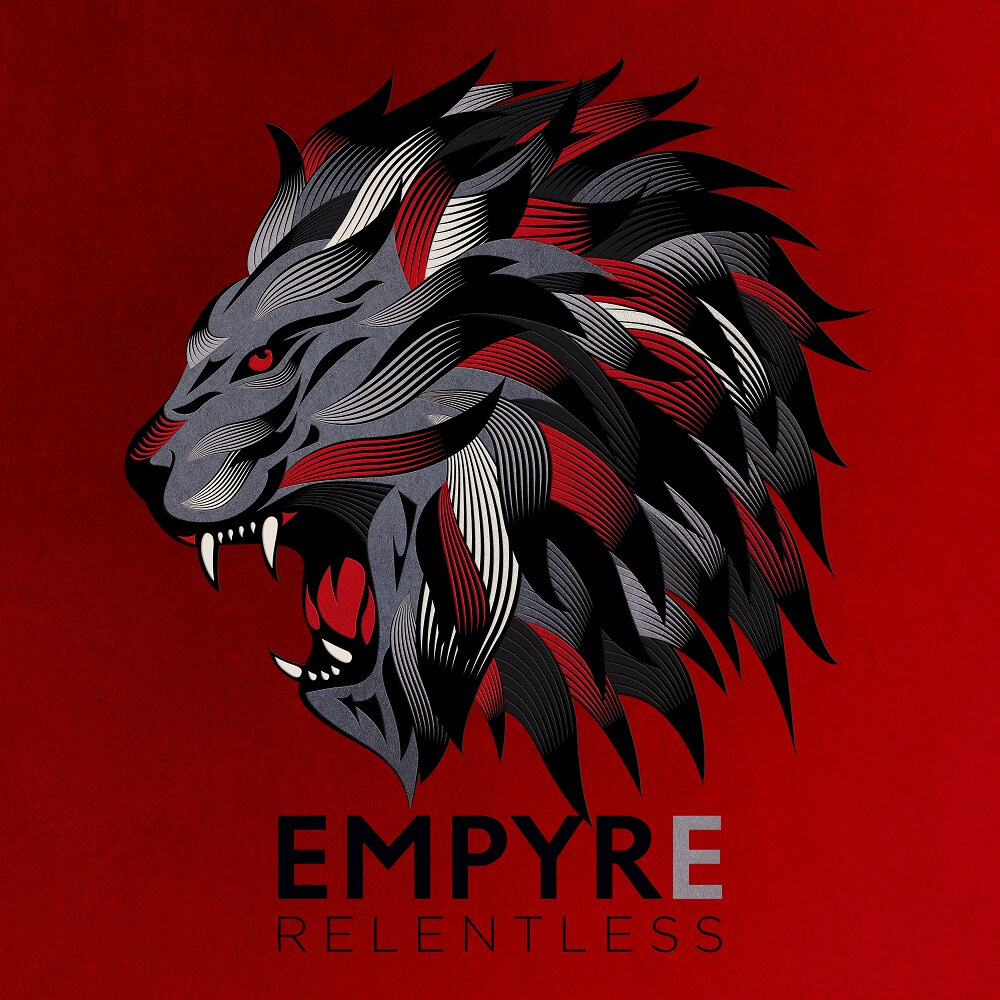 Welcome to the new Empyre.

Widely regarded as one of the hardest working bands of the past few years, Relentless was recorded between pandemic lockdowns and during their previous album’s (The Other Side) release cycle. Once again they encamped at Parlour Recording Studio, Kettering for recording with Neil Haynes, before handing mixing duties to Chris Clancy at Audioworks (Machine Head, Those Damn Crows, Massive Wagons) - who has magnified the band’s dark, emotional, rock sound with an elevated deep richness.

First single and album title track Relentless showcases Empyre’s work ethic and ethos, and musically, the hard rock track will resonate with listeners in their scene. "Relentless, at least in title, reflects Empyre and our level of dedication and ambition. Whilst the album as a whole is not pure hard rock, we felt the best way to introduce it would be with a striking and formidable title track, letting Relentless set the tone in terms of intensity”, the band add.

The single “Relentless” is out now and available on all major streaming platforms and is accompanied by a video directed by GLK Media.

‘We write arena rock and playing arena stages is something we aim for. I won’t be happy until I’m standing on that arena stage’, Henrik adds. With regular comparisons to the likes of Alter Bridge and Soundgarden mutated with Dire Straits and Muse, it’s clear that Empyre’s music was written with the big stage in mind.

Other tracks such as Waking Light and Hit And Run capture the band’s more commercial side, featuring a warm, enveloping sound, while Forget Me showcases the album’s emotive edge, as the haunting, delicate ballad builds to a euphoric ending, a song that would be at home on the arena stage.

Since their debut album Self Aware in 2019, Empyre have won Classic Rock Magazine’s “Track Of The Week” on three separate occasions alongside a 'High Hopes' feature, while Kerrang! described their sound as "slick, vast and like the music was written with the help of an architectural blueprint for an arena". Planet Rock heralded the band as ‘Ones to Watch’, playlisting the tracks ‘New Republic’ (https://youtu.be/wfIH4uPMKIg ) and ‘My Bad’ and on the strength of the 2020 Winter’s End performance immediately booked them for the Planet Rockstock 2021 main stage.

Empyre have also been one of very few rock acts to be featured on ‘Whispering’ Bob Harris’ “Under The Apple Tree” Sessions.

Aside from their high aspirations and determination Empyre are also known for a darkly self-deprecating sense of humour and have proved they have what it takes to stand out from the crowd by delivering an engaging, if unsettling mix of melancholy, hope, and hopelessness, often within the same song.

PRE-ORDER/SAVE
Sign up to the Kscope newsletter for the latest news and releases from the label!
Holler Box