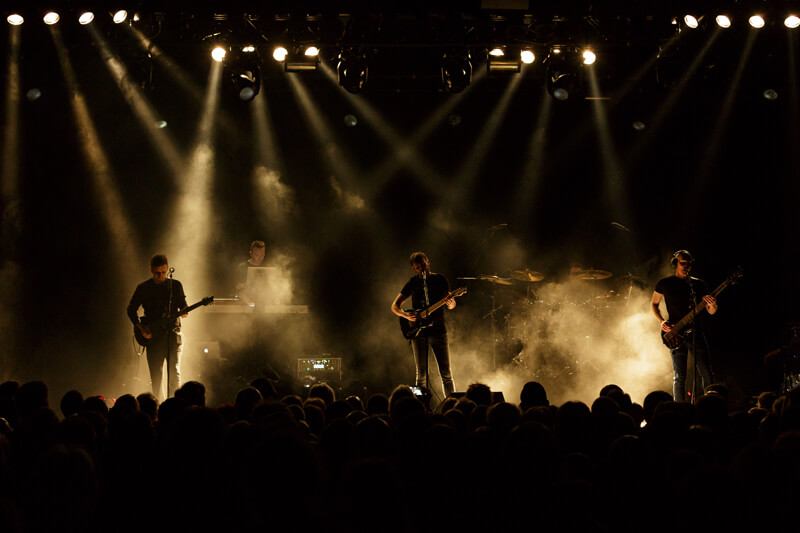 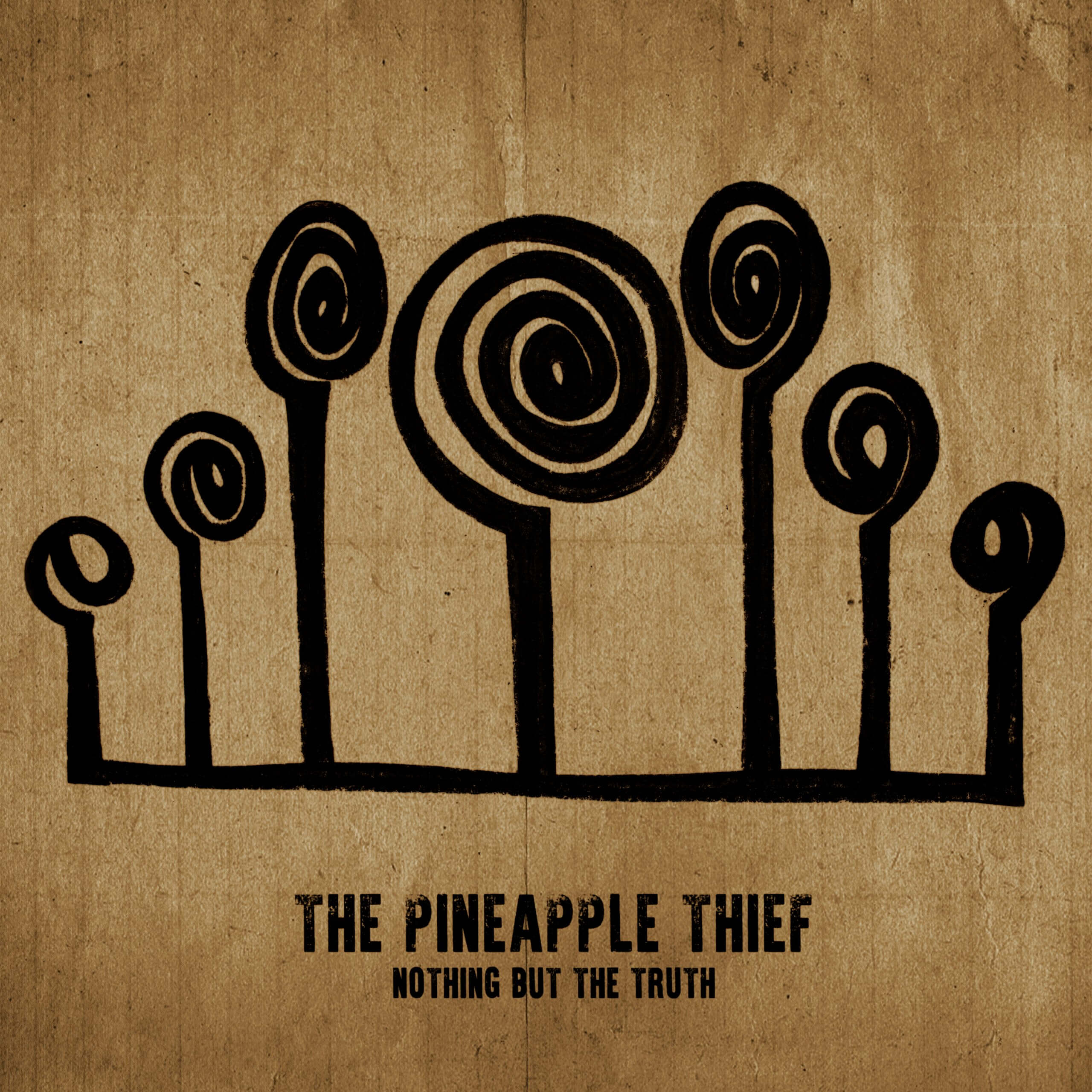 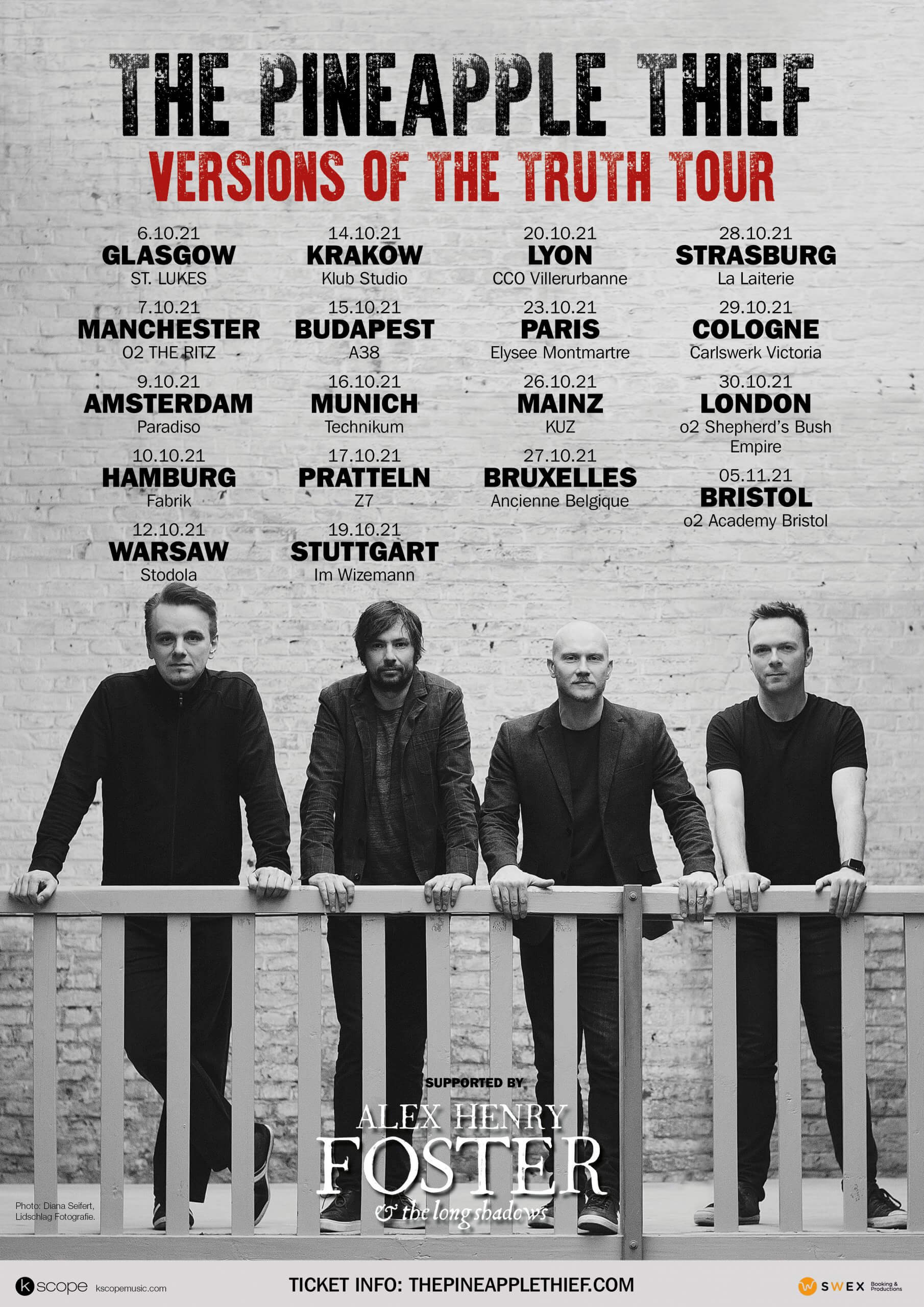 The Pineapple Thief release the multi-format Nothing But The Truth the band's mesmerising live performance film (coming 12th November in North America).

The Pineapple Thief have released the multi format release of Nothing But The Truth on Kscope on 22nd October (12th November in North America).

Following the release of their latest studio album Versions Of The Truth in September 2020, the band were preparing to start the album’s live campaign, when like so many other artists their plans were put on hold by the continuing global pandemic.

Eager to still perform and connect with their fans across the globe, in April 2021, The Pineapple Thief filmed an extravagant on demand live event entitled Nothing But The Truth directed by band videographer George Laycock (Blacktide Phonic/Visual).

Bruce Soord explains “The Pineapple Thief is equally about the studio and the stage, so it was hugely disappointing that we were unable to tour, especially as we were excited to be able to perform the new album “Versions Of The Truth” live for everyone. Being able to do this film, especially under the circumstances, was invaluable. It was such an alien time and an alien thing to do. Yes, we had all performed in front of cameras before, but this was different.  We were playing a brand-new set, one time only, to stream to every corner of the globe, standing in a circle on our little islands with cameras everywhere. The pressure was on. We simply had to nail it!

We all knew we did not want to shoot a film of us standing on stage staring at an empty room.  We wanted something special, something 'cinematic' so we have created something unique and something very, very special that I am proud to have been a part of. I can't wait for people to see and hear it. It really is the icing on the cake to see our show being released in a ‘physical’ format. For the first time we have included a Dolby Atmos immersive mix on the blu-ray as well as DTS-HD 5.1 and high-definition stereo. The deluxe edition is wonderful and I for one will give it pride of place in my collection. A special souvenir of a special day.”

Nothing But The Truth captures The Pineapple Thief at their very best performing songs from their illustrious catalogue including for the first time live, songs from Versions Of The Truth.

Nothing But The Truth – Performance tracklisting

Blu Ray Edition – contents as above

With the audio soundtrack being released on

The Pineapple Thief’s  UK & European tour begins on 6th October 2021 in Glasgow, with special guest Canadian Singer Songwriter Alex Henri Foster, plus the band have also announced their highly anticipated return to the stages of North America in 2022. 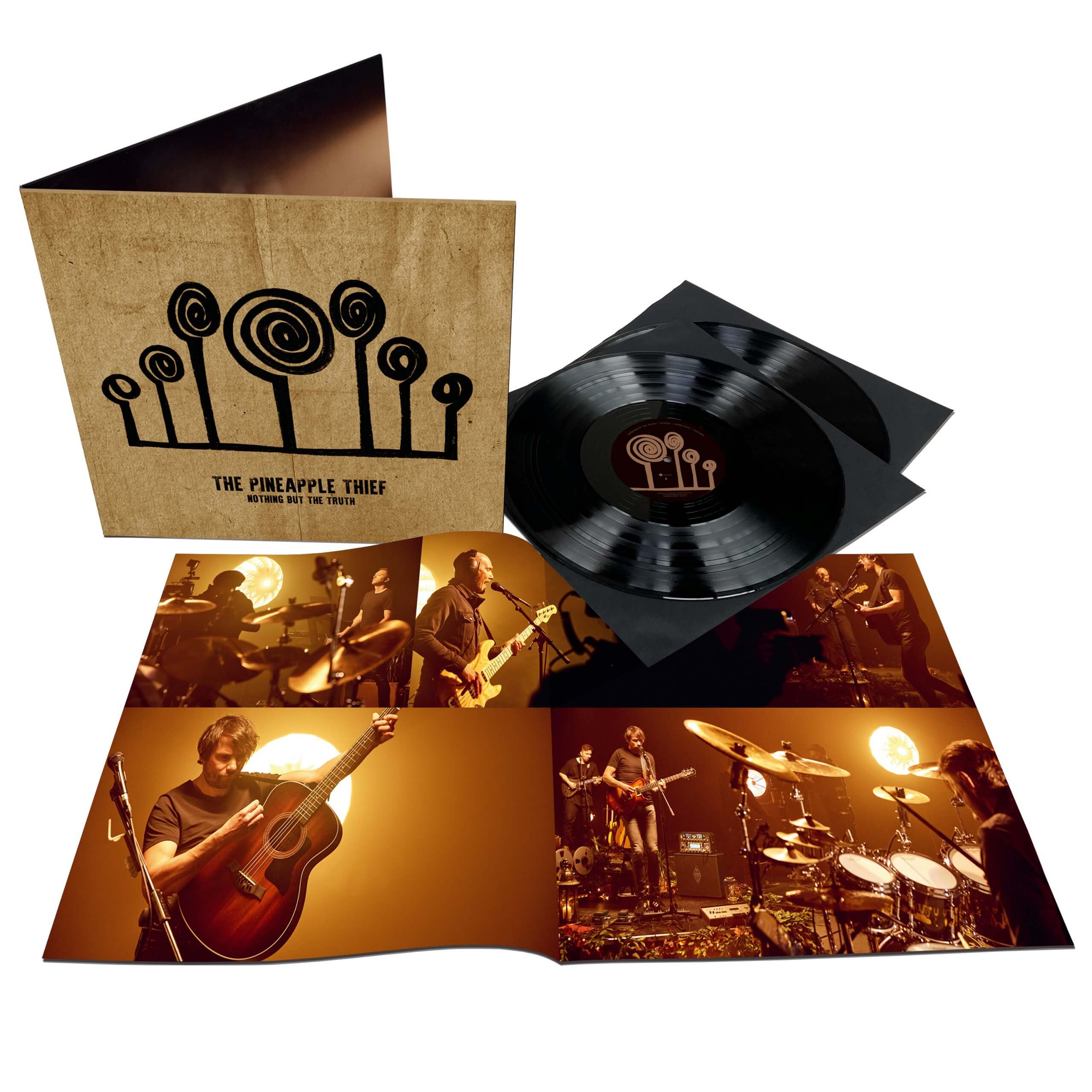 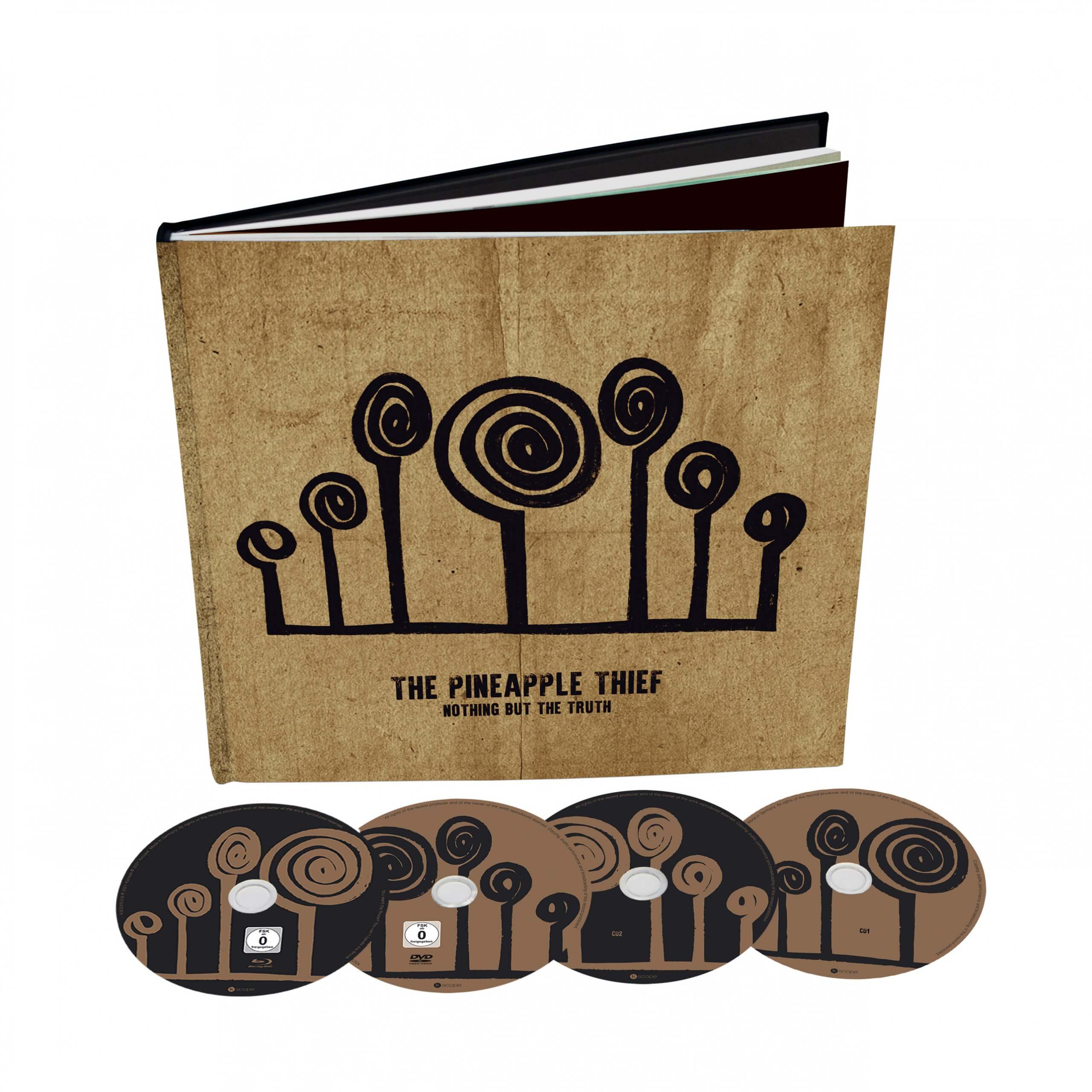 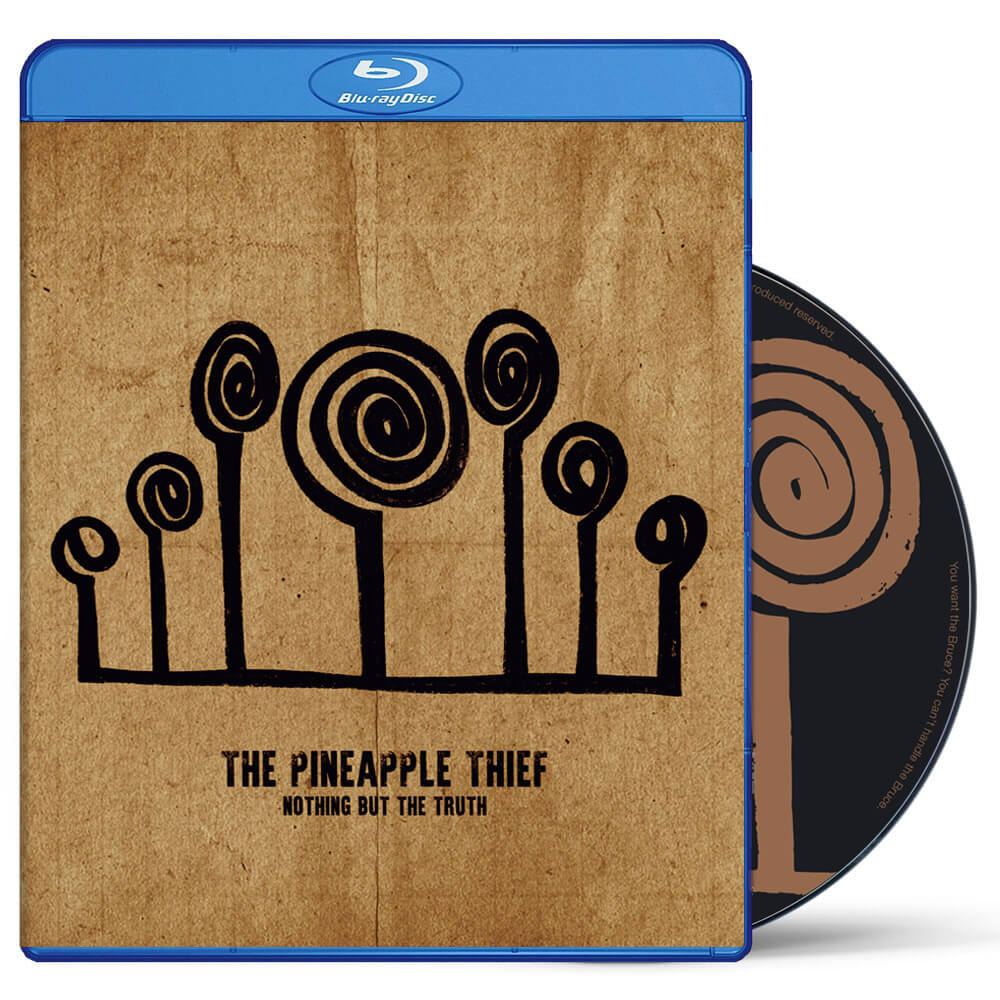 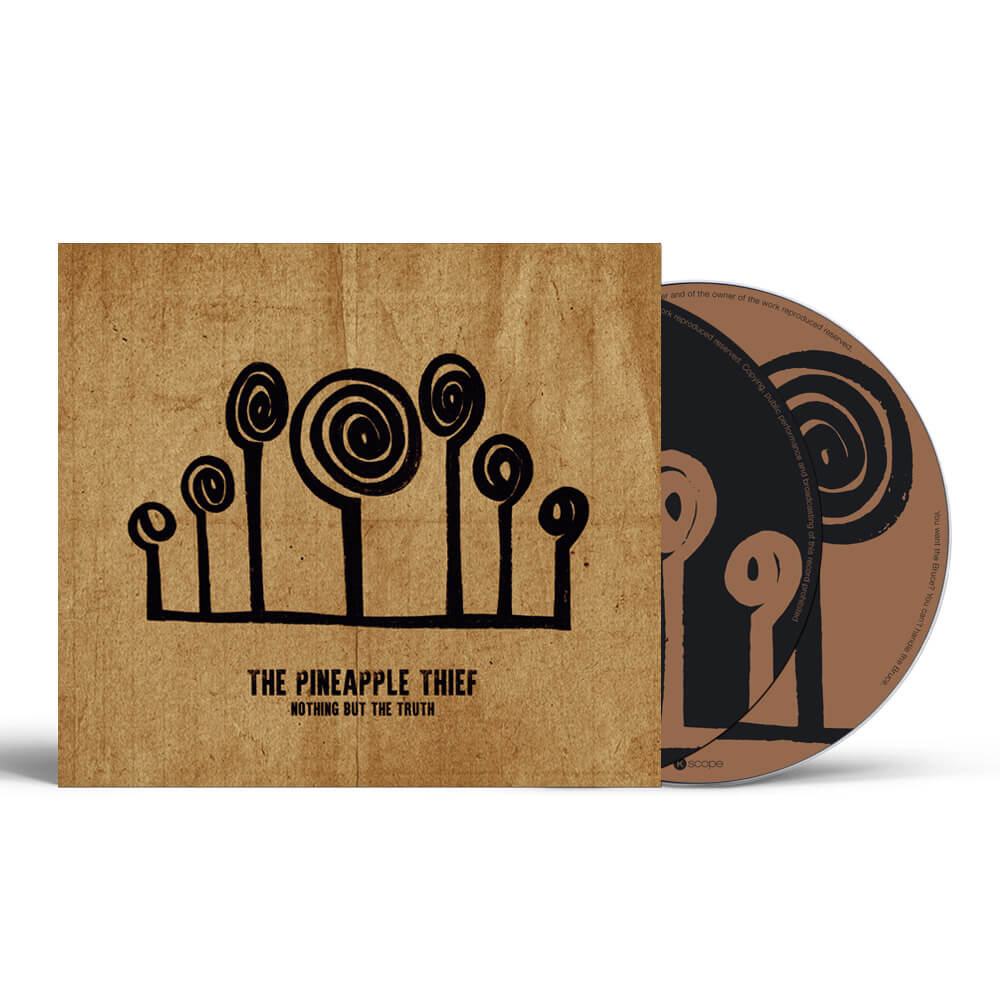 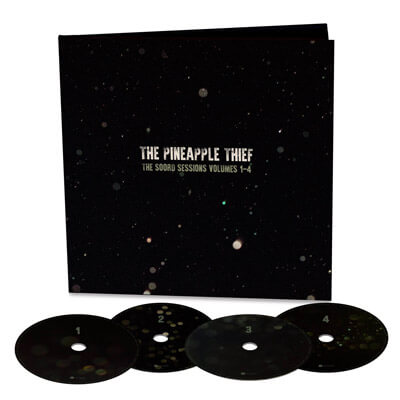 ORDER/ SAVE THE SOORD SESSIONS VOL. 1- 4

The Pineapple Thief to release The Soord Sessions Volumes 1-4

THE DELUXE 4 DISC HARDBACK BOOK EDITION IS OUT NOW

Over the last half-decade, The Pineapple Thief, led by Bruce Soord and bolstered by the involvement of master drummer Gavin Harrison, has rapidly ascended to the upper echelons of Europe’s Alternative Rock scene.

To acclaim from the worldwide media and fans, September 2020 saw the release of Versions Of The Truth, the latest instalment in the band’s discography. This was due to be followed, almost immediately, by an extensive live campaign which sadly due to the ongoing COVID-19 situation has been postponed until 2021.

Bruce Soord, not wanting to disappoint fans, announced he would perform a solo acoustic live streamed performance of songs from across The Pineapple Thief’s illustrious catalogue. Due to the success of the initial performance, 1 session turned into 4 across the summer.

Bruce Soord explains “Back in the spring of 2020 I decided to perform a live acoustic show from my attic studio. I figured I could set up something with a bit more production than just a face peering down a mobile phone. I created a little haven of guitars, pedals, loopers, microphones and webcams and mixed them all together ready to send out to the world.”

“I played my first show, diving head first into the unknown and I soon learned how many people had enjoyed it and that resulted in another 3 sessions over the following weeks, playing songs from the 20 years I had been writing with The Pineapple Thief and more recently my solo work.”

The Soord Sessions Volumes1-4 will be released as a deluxe 4 CD hardback book edition. With the 4 CDs covering 36 tracks from The Pineapple Thief discography & Bruce Soord’s solo albums. The 48-page book features an extended forward and notes on each session by Bruce Soord plus previously unseen photos from the attic studio and images from the live streams along with technical and personal information on the equipment used. 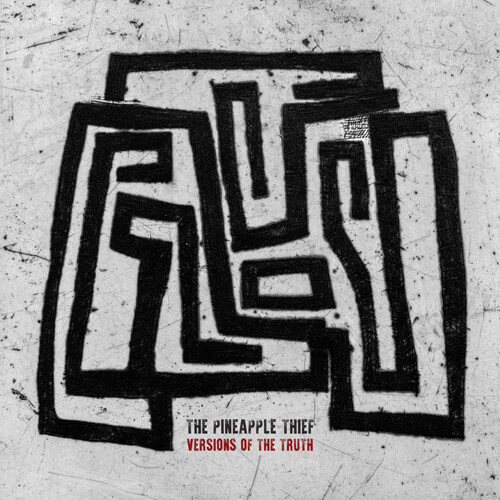 The Pineapple Thief's new album Versions of the Truth is OUT NOW!

Throughout the album, The Pineapple Thief explore vast swathes of sonic territory, with minimalist passages building to explosive crescendos and instrumentals which blend disparate elements into flowing expressionism to create an immersive dichotomy.

It’s an album that holds up a mirror to the chaos and conflict of 21st-century life and tries to make sense of the distorted reflections that gaze back at it. A blurring between the real and the perceived, between meaning and intent. The title says it all: this is the soundtrack for a post-truth world.

“When you have conflict, the truth gets bent and kicked around, the facts get changed,” says Soord. “That’s why people argue or get divorced or fight – because nobody can agree on what the truth is. That idea of different versions of the truth especially applies to the world we’re living in right now. All these things are happening where nobody has any idea of what the real truth of anything is because everything is so distorted.”

Revealing their first single to be “Demons”, a track that combines sweeping soundscapes with infectiously pensive choruses, it is a swelling and expansive journey from subtle ambience to immersive climaxes, underscored by exotic orchestral flourishes and carried by emotive vocals.

“The lyrics really speak for themselves,” explains frontman Bruce Soord. “It's a very simple sentiment, but actually one that was quite difficult to sing when it came to it. It was one of the first songs we wrote for the new album and the emotions that fed into the track were still very raw at the time. I'd like to think writing songs like this would prove to be cathartic, but in reality those demons just don't go away and it's really a case of learning to live with them.”

The band followed with “Break It All”  “One of the darker, more sinister tracks from the album, 'Break it All' attempts to make sense of narcissistic destruction and the fallout”, Bruce comments. “I remember this song developed really quickly, with Gavin (Harrison) firing back new ideas that sent me off in all kinds of directions. We seem to have developed our shared musical understanding even further with this album. Sometimes I listen back and wonder where on earth it all came from.”

The darkly anthemic title track, and third single – “Versions Of The Truth” opens the album and sows the seeds for what follows. Alluding to broken friendships and how the truth becomes the first casualty even in the most personal conflicts, it finds Soord approaching the subject from two opposite yet connected perspectives. “This track probably doesn’t need too much in the way of explanation,” says Soord. “I came up with the title when we started writing the record back in October 2018. At the time, the world around me seemed to be losing respect for ‘the truth’. Any version of the truth, it seemed, was fair game as long as it got you what or where you wanted. I never expected the song to be even more pertinent today.”

There is a very personal undercurrent flows beneath the entire album. The haunting and nocturnal ‘Driving Like Maniacs’ paints a vivid picture of a friendship always destined to crash and burn, while the seven-and-a-half minute ‘Our Mire’ finds Soord addressing the consequences that come in the wake of a broken relationship.

The themes of the album – ever-changing perspectives and malleable truths – are reflected in its artwork. An etching by the late German artist Michael Schoenholtz, it features a series of kinetic, abstract shapes that seem to reveal a different image to whoever looks at it. Gavin Harrison came across the etching just as the band were finishing Versions Of The Truth, and showed it to his bandmates.

“That particular etching just seemed to resonate with me,” says Harrison. “Within five minutes we had all chosen the same image. It was the fastest selection process of a band that I’ve ever witnessed. As is often the case with modern contemporary art, different people find different meaning within it. Personally I see it as an intriguing maze that depicts the mental process of creativity. It never has straight lines.”

Produced by the four members of the band – vocalist Bruce Soord, keyboardist Steve Kitch, bassist Jon Sykes and drummer Gavin Harrison – Versions Of The Truth marries a stellar musical breadth to a spectrum of emotions that run from anger and confusion to sadness and regret and even glimmers of hope. In places, the album is starkly autobiographical. In others, it confronts the chaos of modern life head-on.

What has emerged stands as The Pineapple Thief’s finest album yet. It takes the creative and commercial triumphs of their last two albums, 2016’s breakthrough ‘Your Wilderness’ and its follow-up ‘Dissolution’, and magnifies them. Musically bold and lyrically thought-provoking, this is the sound of a band determined to push themselves forward. 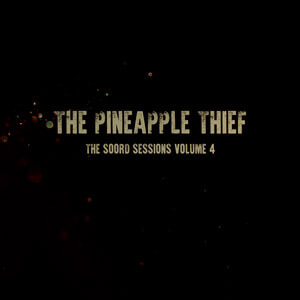 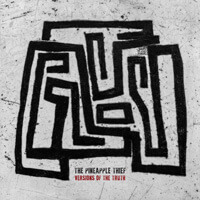 VERSIONS OF THE TRUTH 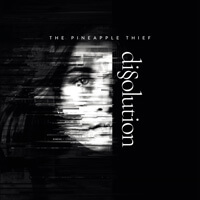 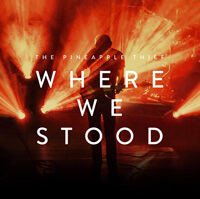 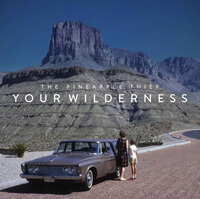 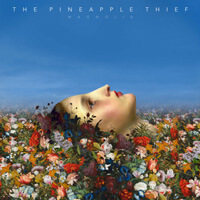