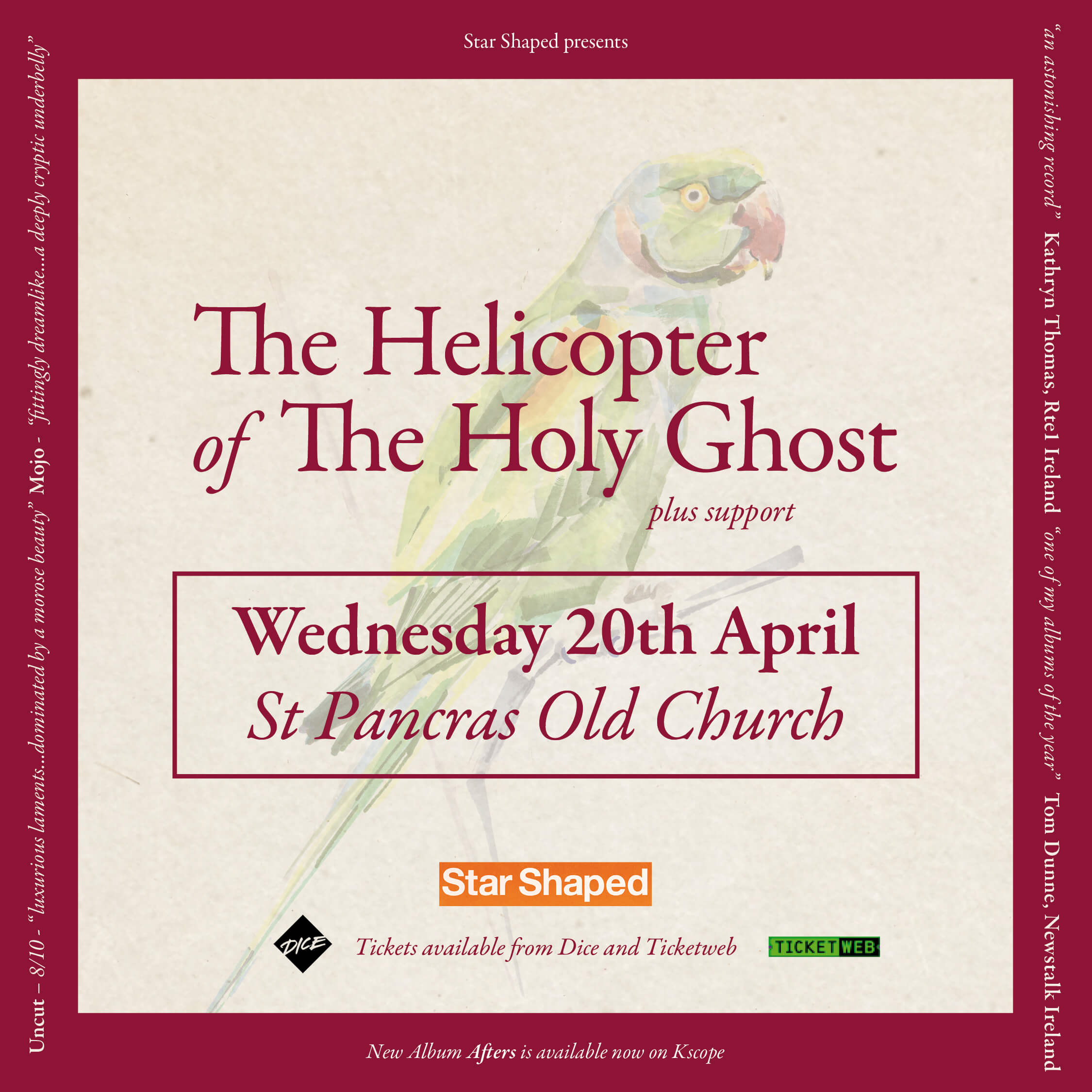 Billy and Mark from the band say: “we are delighted to be performing live and indebted to Rob and Bobby from StarShaped promotions for having the good faith to put the gig on. The St Pancras Old Church is ideal, we can use their upright piano which will save a lot of heavy lifting. The live versions will be different; mellower and moody. More 60s. The band will be augmented in the flesh by Richard Archer from Hard-Fi and the Chertsey charmer, Mr Gordon Mills jr. There will also be some as-yet-unheard songs too.

See you there. No punch-ups”

The material on their Kscope LP Afters (which charted at no. 14 on the independent charts) are tunes found on a mini disc that had been saved from the wreckage of the car accident that put band leader Billy Reeves into a coma in September 2001. Songs he had forgotten - due to crash-related amnesia. These songs were moulded into an album by Reeves, Mark Morriss, (solo artist and singer with the chart-topping guitar-janglers The Bluetones, the band that knocked Oasis off number 1), Mark Peters (of Engineers - Rough Trade included his solo LP ‘Innerland’ in their best albums list of 2018), and Crayola Lectern from Departure Lounge and Bella Union supergroup Lost Horizons. Crayola wrote ‘Slow Down’ and ‘I Will Never Hurt’ which fit the schema perfectly.

Billy Reeves formed theaudience for a bet, fortunately meeting the fabulous Sophie Ellis-Bextor two days later at The Garage, Islington. (He won the bet seven months later). The band got to 12 in the LP charts. In 2000 he signed to Sony with the group ‘Yours’ but this project was violently curtailed by joy-riders that hit his Morris Minor at 99 mph (on the way home from promoting the first ever gig by the popular heavy metal band, The Darkness). A long coma, many operations and a housebound year ensued.

What are these songs about?

No-one knows. They are, however, very pretty. 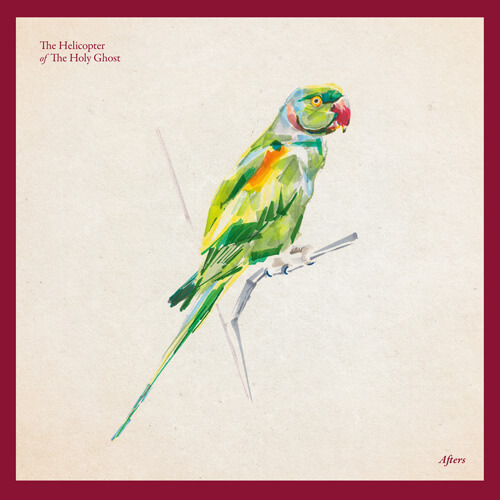 AFTERS, THE DEBUT ALBUM FROM THE HELICOPTER OF THE HOLY GHOST  IS OUT NOW

The Helicopter Of The Holy Ghost are:

In 2001 Billy Reeves, fresh from introducing the world to Sophie Ellis-Bextor (via their band theaudience) was smashed to bits by joyriders whilst in his Morris Minor - resulting in a two-week coma and a year in and out of hospital. In 2017 his brother gave him two mini-discs that had been saved from the wreckage, including demos of songs he had forgotten - due to crash-related amnesia.

Mark Morriss of chart-topping Hounslow janglers The Bluetones agreed to sing them, so with the assistance  of Richard Archer (Hard-Fi), along with Crayola Lectern (Zofff /  Departure Lounge), and Mark Peters (Engineers), these songs would form the debut long player from The Helicopter of The Holy Ghost.

The original concept for the material was probably while Billy was signed to Sony, which pointed toward a more commercial sound, however Crayola Lectern’s involvement on piano help send the recordings into a more ‘Canterbury’ direction, taking influence from Caravan, Robert Wyatt and the like.

The Vinyl LP edition of this album will be especially printed in an eco-friendly manner, with no shrinkwrap being used, the record itself pressed on 100% recycled records and the board made up of FSC certified climate-friendly recycled material. The whole package itself will be Climate neutral, having all its carbon offset with ClimatePartner.

Afters will be released on 13th August 2021 via Kscope on LP, CD & digitally.