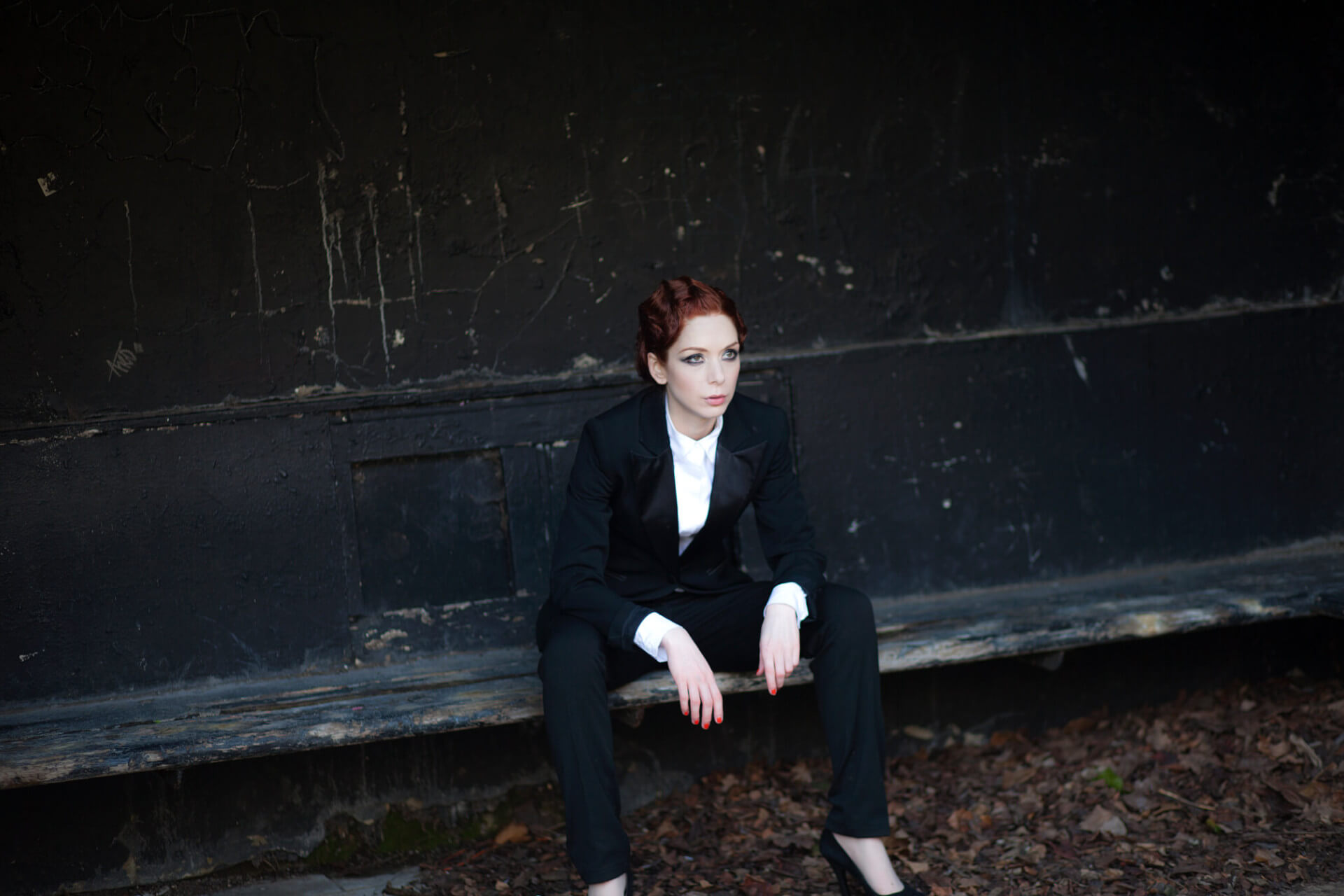 THE ANCHORESS CONFIRMS FOLLOW UP TO HER AWARD-WINNING, CRITICALLY ACCLAIMED DEBUT ALBUM 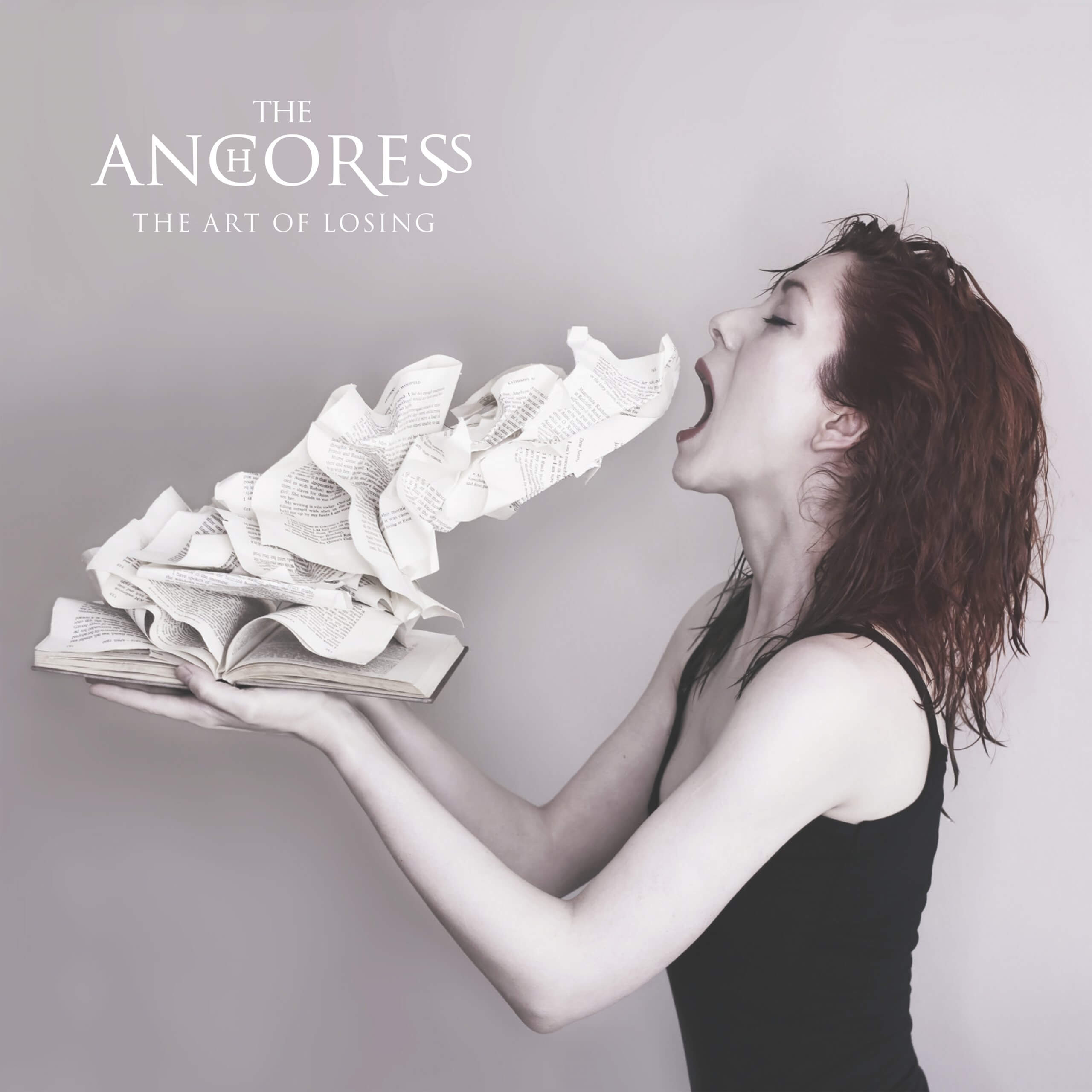 ORDER/ SAVE 'THE ART OF LOSING'

The Art of Losing is the second album from Welsh producer and multi-instrumentalist The Anchoress (aka Catherine Anne Davies), following in the wake of her critically-acclaimed debut album and recent collaborations with Manic Street Preachers, Bernard Butler, and Simple Minds. Written and produced by Davies, The Art of Losing navigates the detritus of death. It’s an album made in the process of trying to climb out of grief and explores how we make something from the losses in our lives.

The record’s title is inspired by the opening line of the Elizabeth Bishop poem ‘One Art’ - perhaps unsurprising for someone with a PhD in Literature. It follows her debut, Confessions of A Romance Novelist, which was named amongst the Guardian critics’ Albums of the Year, won HMV’s Welsh Album of the Year, Best Newcomer at the PROG awards, and a nomination for the Welsh Music Prize. It was a record that also won Davies a legion of fans, from Peter Gabriel and David Gilmour, to Toyah Wilcox & Robert Fripp, comedian Al Murray, as well as The Cure’s Robert Smith, who personally invited Catherine to perform at his Meltdown festival.

Written in the aftermath of several years of huge personal loss, after the untimely death of her father from an aggressive brain tumour, undergoing treatment for cervical cancer, and navigating multiple miscarriages and surgeries, the album follows Dylan Thomas’ instruction to “rage against the dying of the light” - and there is nothing “gentle” about its enquiry. But despite the traumatic backdrop to its composition, it is a far from dour affair. Rather, all fourteen tracks create a technicolour eruption of emotions, firmly concerned with how to find purpose in the midst of grief: “Was there some purpose to losing my mind?”, she asks on the album’s title track: “What did you learn when life was unkind..?”

The new album was written and recorded during an unfeasibly busy few years as Davies found solace and purpose in a range of projects whilst navigating her griefs. Most recently this came via the release of her collaborative album In Memory of My Feelings with Bernard Butler (on Pete Paphides’ label Needle Mythology), duetting and touring with the Manic Street Preachers on Resistance Is Futile (which reached #2 in the UK charts). She also brought a new generation of ears to legendary Scottish rock band Simple Minds, where she spent much of the last five years touring the world on keyboards, guitar and additional vocals. She joined the line-up in 2014, appearing on the Big Music (2015) and Walk Between Worlds (2018) albums before departing in 2019 after playing over 400 shows with the band.

Conceptually, the album covers ground beyond loss in its literal form: First single ‘Show Your Face’ sees Davies exploring the darker side of rock and the loss of a friendship over the #MeToo movement, while the patriarchal dynamics of the music industry are further explored on the wurltizer-led ‘With The Boys’- “It’s a song about the price of doing business in that world - ‘gotta know what bruises are for’”. At the emotional centre of the album is ‘5am’ - a brutally simple song that looks at the visceral physical impact of sexual assault and baby loss, with its quiet but powerful contemplation of the darker side of the female experience.

The Art of Losing is a sonically ambitious album that is helmed by Davies on sole production duties - a move she said felt both necessary and natural after having a “side hussle” in engineering and producing for other artists and bands: “As a member of the Music Producer’s Guild, I feel passionate about the idea that it shouldn't be a novelty to see women behind a mixing desk. There’s lots of us out there now.” To finish the self-produced record, Davies also called upon the mixing talents of Dave Eringa (Manics, Wilco Johnson) and grammy-award winner Mario McNulty (David Bowie, Laurie Anderson).

There’s a nod to Scott Walker’s Nite Flights in Davies’ voice at the heart of the album, which is bookended by a series of Max Richter-inspired orchestral instrumental pieces. Loss is figured in both its rawness and as a propelling energy, with hook-laden nods to Bowie’s Berlin-era in ‘The Exchange’ - a second duet between James Dean Bradfield & The Anchoress that explores “the unhealthy ties between two people”. ‘Unravel’ announces itself as a twentieth-first century reworking of ‘Running Up That Hill’, colliding with the chorused guitars of The Cure: “I locked myself in a cupboard to record the vocal to capture that sense of claustrophobia when you feel as if you don’t know where to turn”.” Elsewhere, the John Grant and Father John Misty flavoured ‘Let It Hurt’ explores “the ways in which we distract ourselves from grief”,  while the sound-collaged segues recall the more experimental side of prog, including a guest appearance from a real-life vicar. “I’m quite proud of myself for managing to rhyme ‘monopoly’ with ‘existential melancholy’ and ‘misogyny’”, she laughs.

Davies, sums up: “I don’t think the making of the album turned up any new solutions but I came to rest upon the sure certainty of moving forwards through it all. The album ends with me telling myself: ‘for once in your life: just let it go’''.

An accompanying podcast series features guest interviews which explore why we create and what we learn from loss, featuring conversations with Welsh poet Patrick Jones, writer Kat Lister, and Empire editor-in-chief Terri White.

The Art of Losing is out now on 2LP, CD & 3 CD ltd edition hardback book. The Anchoress plays live at the Queen Elizabeth Hall in London on Saturday 10th July 2021– tickets here.

Available formats of 'The Art Of Losing' 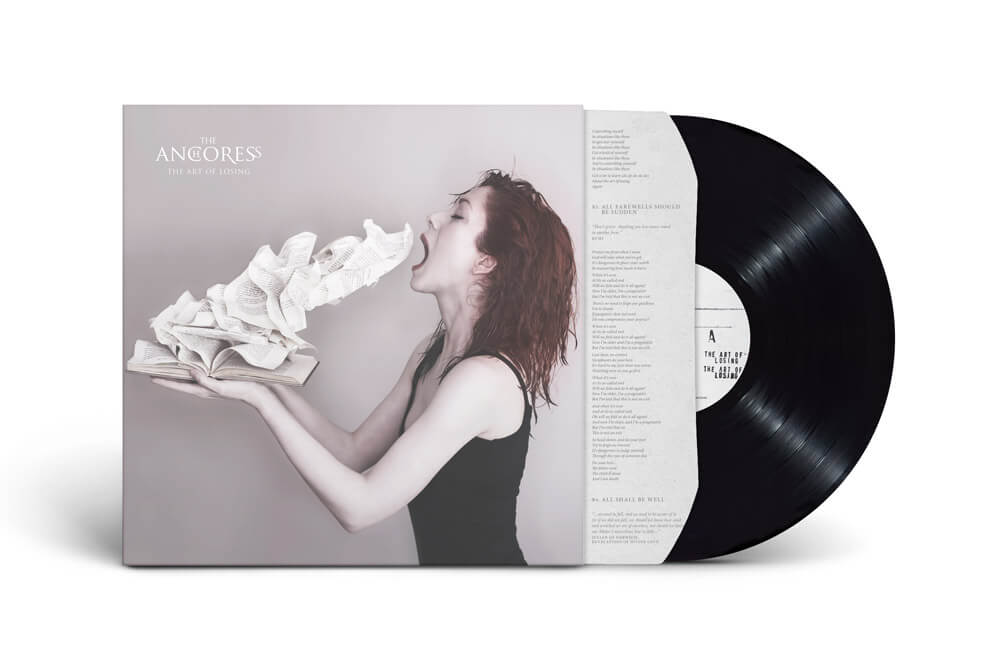 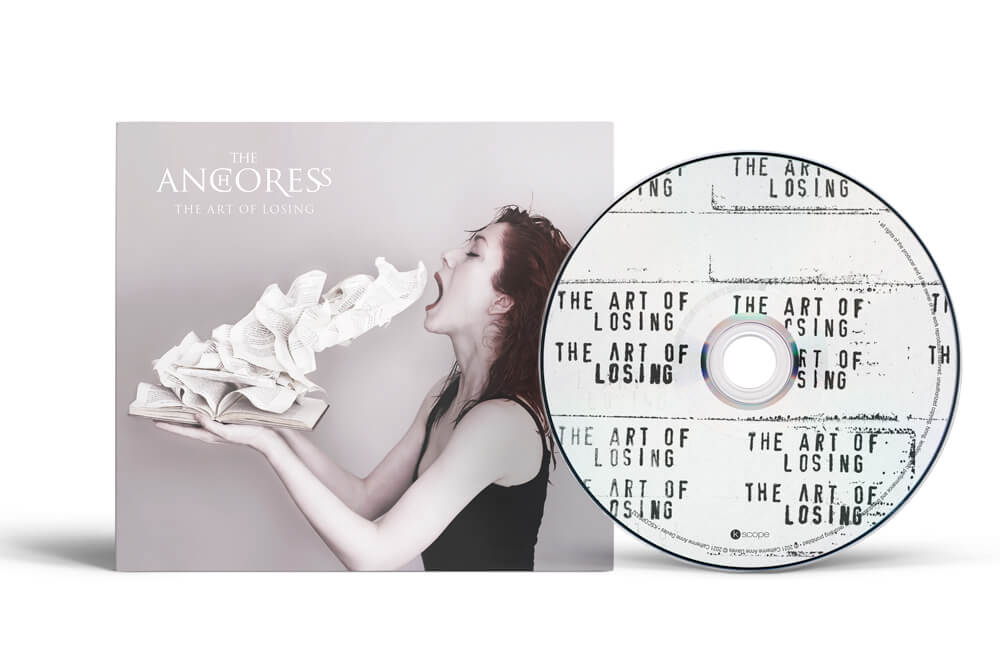 The Anchoress 'Confessions Of A Romance Novelist (2017)' 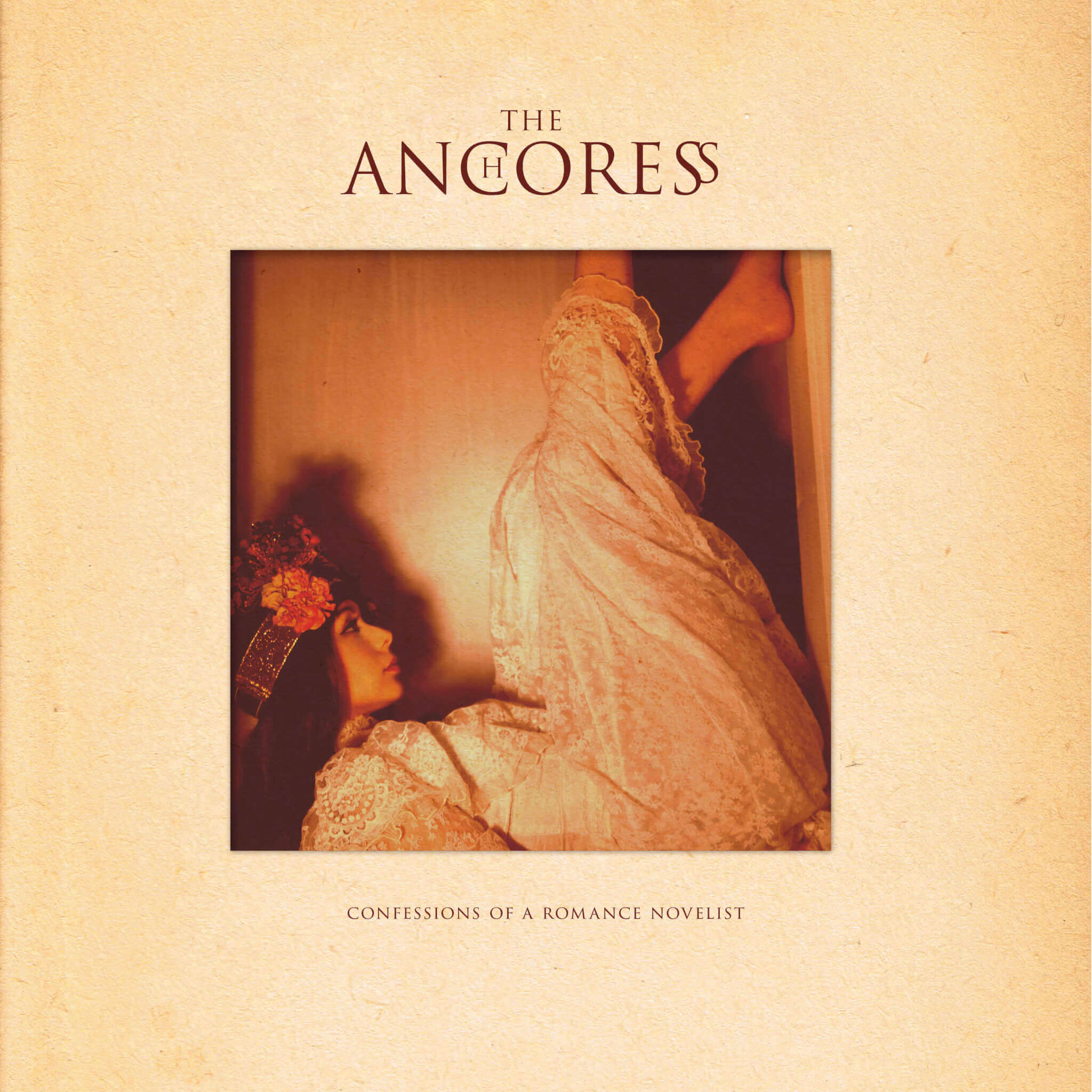 BUY 'CONFESSIONS OF A ROMANCE NOVELIST'

Multi-instrumentalist, songwriter, PhD and producer Catherine Anne Davies (aka The Anchoress) sums up the album’s overall concept as “deconstructing normative ideas of love and romance”, with each song sung by a different character – “what you might call a musical ghost writing of sorts”. You can hear this distilled in the Prince-inspired feminist manifesto ‘One For Sorrow’ that questions the concept of marriage. There’s a different take on obsessional love in the album’s title track, where the album’s narrator ironically references her “bedroom shrine to Margaret Thatcher”. Meanwhile, ‘You And Only You’ – an anthemic ode to being better off alone – features the distinctive operatic indie-wail of Mansun’s Paul Draper, who co-produced the album with Catherine.

Draper helped to capture the collection of songs on which Catherine played a variety of instruments, including piano, guitar, flute, omnichord, mellotron, wurlitzer, glockenspiel, and celeste, as well as multi-tracking up to 25 vocal harmonies on some of the songs. Yet, recording was interrupted by a series of events that threatened to derail the project completely, including Catherine injuring her hand so badly during a 48-hour recording session that she was told she might not play again and had to wear a metal cast for 6 months. She says: “This has been made on a wing and a prayer, lots of favours, one car crash, one death, one broken hand, and a lot of patience on so many parts. Stir in 3 jobs, 4 studios, 2 arrests, 3 pianos, 40 songs and 1 very patient engineer… and you get some way to understanding what a long road it has been.”

The album follows two sold-out singles, which were playlisted on both BBC 6Music and Xfm, and received plaudits across the globe, from America’s NPR, to Les Inrockuptibles in France, the NME, and influential websites like The Quietus and Line of Best Fit.