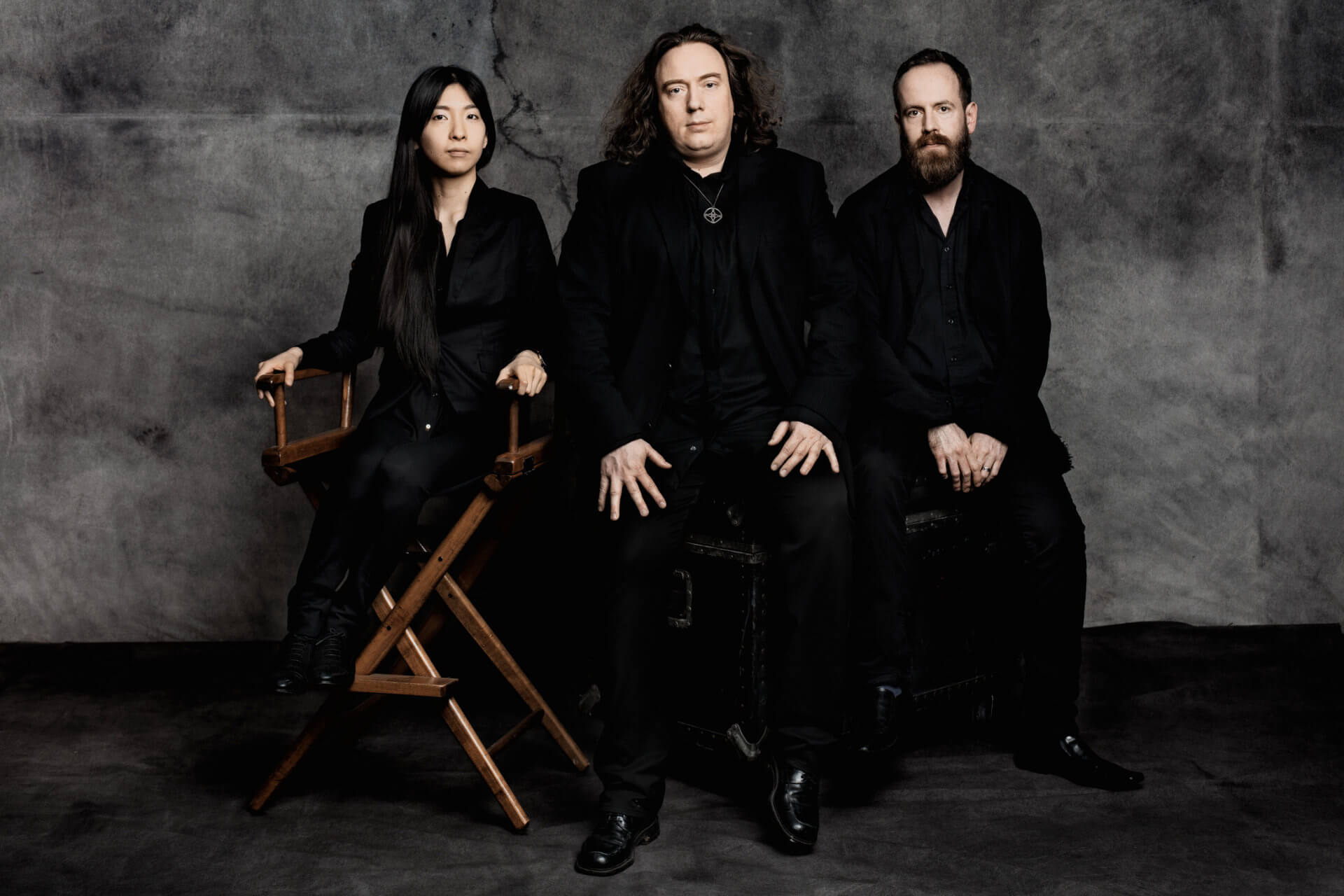 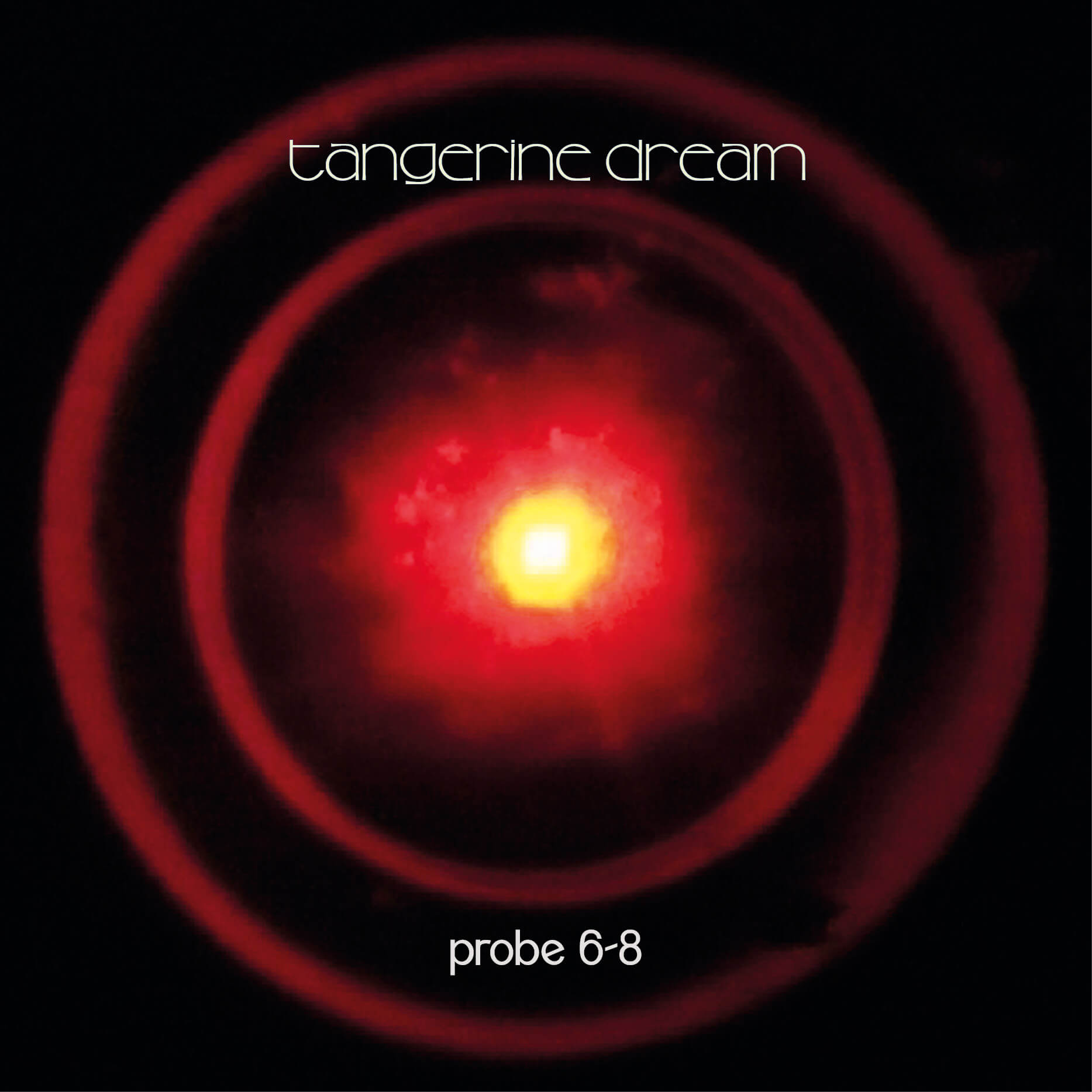 The first track, titled “Raum” is a bow towards the early live studio performances like “Zeit” and “Phaedra”. A heavy Moog bass marks the beginning and the end of this 15-minute piece, which slowly builds up towards a dry and hard sequence. The melody is accompanied by a chorus-like Roland Jupiter 8 part and an ambient rave Moog Minitaur sequence highlights the final peak, till the violin slowly transports the listener out.

On “Para Guy”, the violin alternates and complements with a prominent Yamaha DX7 pad combined with field recordings from the nearby forest and canal. “Continuum” with its repetitive sequence and broken beat shows glimpses of acid sounds and increasing choral atmospheres.

For the first time in decades, Tangerine Dream’s tracks cannot exactly be re-created for a live performance. An EP, which was not meant to be performed live, as a direct response to the many cancelled shows of the last months. “Probe 6-8” is the band’s precursor to their forthcoming full-length album in early 2022, the second studio album after the passing of the founder Edgar Froese.

Artwork by Bianca Froese-Acquaye Layout and Design by Melanie Reinisch

Tangerine Dream have been a fundamental influence on electronic music since Edgar Froese founded the band in West Berlin in 1967. Providing the groundwork for multiple electronic music genres including ambient and electronica, inspiring musicians and other art forms.

The group have received seven Grammy nominations, written over 100 studio albums and were led by Froese, who developed an instantly recognisable synth-based instrumental music based on a meditative musical experience that came to prominence in the 70s and 80s.

Chandra: The Phantom Ferry Part 1 consists of nine tracks, based on a breathtaking science fiction manuscript found in 1977 in a military camp in Greenland, the album is largely a conceptual work completely composed and performed by Edgar Froese.

Presented on vinyl for the first time, the album has been lovingly remastered by Harald Pairits especially for vinyl and repackaged using the original design in association with Bianca Froese-Acquaye

Chandra: The Phantom Ferry Part 1 is released on 2 LP and is out now.

Tangerine Dream have been a fundamental influence on electronic and progressive music since their formation in West Berlin, 1967. Inspiring genres, musicians and other art forms, from The Future Sound of London to Porcupine Tree, the widely popular TV show Stranger Things (for which their music also featured in) to seminal video game Grand Theft Auto V (for which they helped to write the soundtrack). The group, led by Edgar Froese, have received seven Grammy nominations, written over 100 studio albums and developed instantly recognisable synth-based instrumental music based on a meditative musical experience, that came to prominence in the 70s and 80s. Fast-forward to the present day, when popular culture is rediscovering synthesizers and sequencers, and Tangerine Dream are in the mix of an exciting time for an evolving electronic music scene.

Modern Tangerine Dream has seen the beginning of 'The Quantum Years', which began as a concept and series of musical sketches by Froese before he passed away in 2015. Remaining band members Thorsten Quaeschning, Ulrich Schnauss and Hoshiko Yamane worked together to realize Edgar's visions and expectations of a conceptual body of work that attempts to translate quantum philosophy into music. The new direction led to the 2017 album Quantum Gate, which was described by The Guardian as their "most interesting release in years."

With Recurring Dreams, the new generation of Tangerine Dream pay homage to the band's timeless beginnings with captivating and emotional renditions of selected classics, such as "Phaedra", "Stratosfear", "Tangram" and "Yellowstone Park". These new recordings are not just re-recorded covers but heartfelt and individual interpretations, featuring all generations of synths and sequencers, added layers and new arrangements, applying Froese's new quantum dream to these highly influential tracks. Recurring Dreams also includes the new version of "Claymore Mine Stalking" that was used in the popular 2018 black metal movie Lords of Chaos.

Tangerine Dream's album, Quantum Gate, was released to coincide with and celebrate the 50th anniversary of the foundation of the band.

The album began as a concept and series of musical sketches by Froese before he passed away in 2015. Remaining band members Thorsten Quaeschning, Ulrich Schnauss and Hoshiko Yamane worked together to realize Edgar’s visions and expectations of a conceptual album that attempts to translate quantum physics and philosophy into music. New member Ulrich Schnauss comments: “at the moment hardly any other area of science questions our concept of reality (linearity of time etc.) as profoundly as research in Quantum physics – it’s no surprise therefore that Edgar was drawn to these ideas since he had always aimed at reminding listeners of the existence of ‘unopened doors’.”

This new opus is seen as both a new beginning and a testament to Edgar Froese’s never-withering inspiration and ever-flowing creativity.