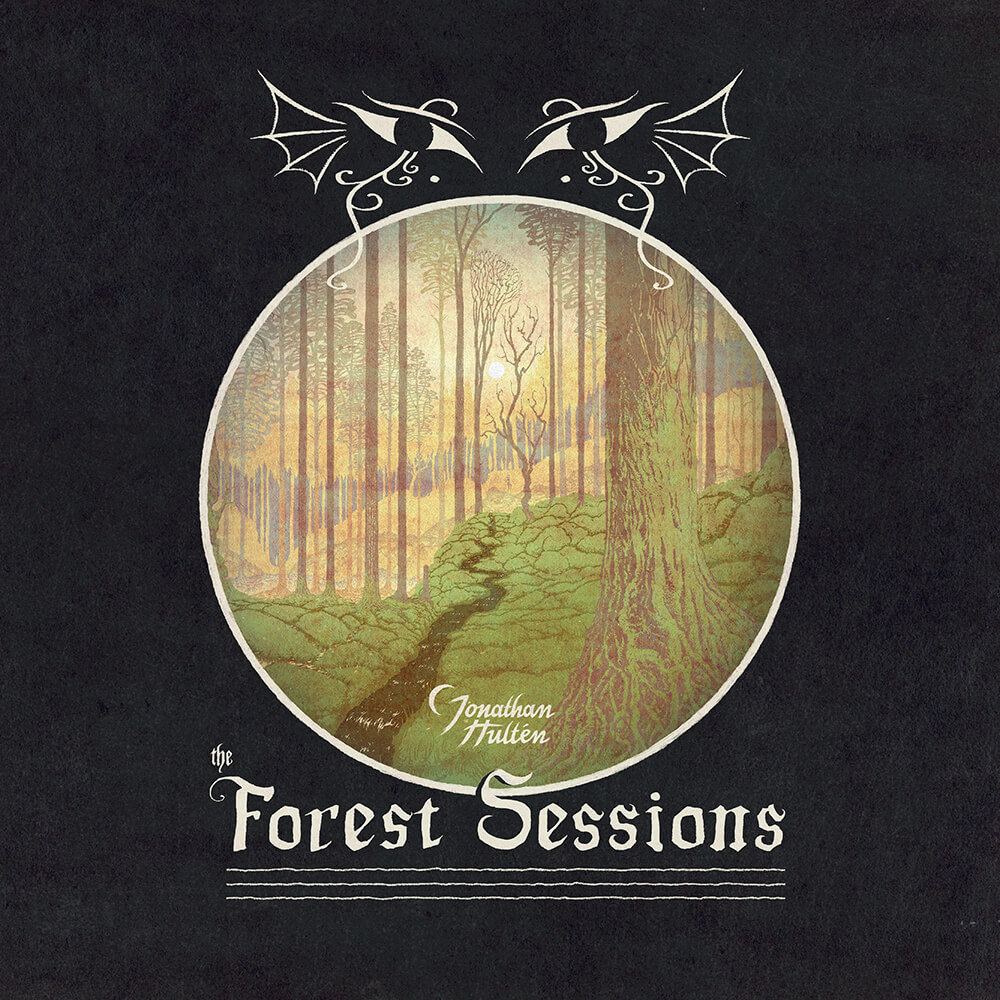 JONATHAN HULTÉN RETURNS WITH THE FOREST SESSIONS ON 16 DECEMBER

Jonathan Hultén, the darkly enigmatic Swedish singer songwriter returns with The Forest Sessions, on CD+DVD & LP through Kscope on 16 December 2022.

Following on from the release of his 2020, debut album Chants From Another Place that saw Hultén drawing comparisons to artists such as Nick Drake, Sufjan Stevens & Wovenhand as well as more traditional folk artists such as John Martyn right through to his contemporaries in Anna Ternheim, José Gonzales, Anna von Hausswolff,  Chelsea Wolfe & Hexvessel; The Forest Sessions is a collection of experimental versions of songs taken from both Chants From Another Place and his earlier EP The Dark Night of the Soul, but it is also a short film composed of music videos and interludes with animated illustrations and poems.

Recorded by himself between January 2020 and June 2022, with mastering and mixing taken care of by frequent collaborator Ola Ersfjord - this is a deeply intimate work from start to finish. Hultén invites listeners into his world through the stunning album cover which he designed.

Jonathan Hulten explains the concept in more depth “It all began with an idea of live streaming a concert from the woods! I got a team together, a plan was worked out and eventually the project morphed into the making of 8 unique music videos based on the setlist of a live performance.”

He continues “All the filming locations were scouted in reference to the song titles and our plan was to film all the material in 24 hours around an area about 40 minutes from Stockholm, Sweden.”

And Hultén and his team achieved this immense feat – 8 live performances filmed in the Swedish wilds in 24 hours – starting by a secluded riverside cottage, to a raft in the river, an antique organ carried over hills to a glade, an old abandoned mine and ending in the tranquil of a tree grove.  In the following weeks rough cuts were made and given to the filmmaker Emil Klinta who would take care of post-production, gracefully bringing everything to the next level.

Then, around this time the idea to interpret and record new versions of the songs came up and I felt like it could be an interesting extension of the project. These new, experimental versions were to be done in the same pace as the finalization of each video. And so throughout the following year with about 1-2 months in between the music videos were released, one by one.

The Forest Sessions is being released as a 2 disc – CD & DVD edition with the DVD featuring the collection of music videos that spontaneously evolved into the album as well as clips from Roadburn Redux Festival. It is also features a collection of poems and animations that tells a little story about letting go of old sorrows and rediscovering a sense of joy and adventure. 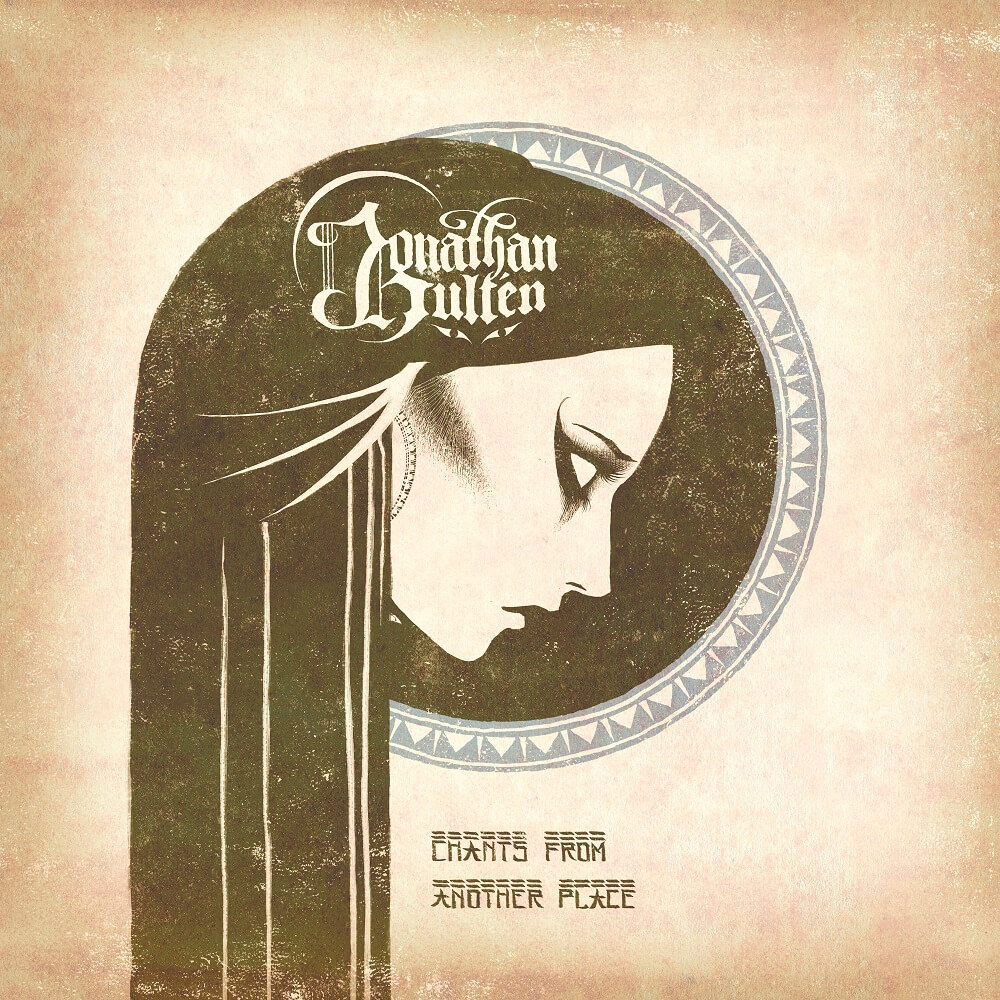 Debut album
Chants From Another Place
OUT NOW

JONATHAN HULTÉN, the darkly enigmatic Swedish songwriter has released the first single & video for track “The Mountain” taken from his debut solo album Chants From Another Place, due for release on Kscope on 13th March.

The musical inspiration for singer/songwriter JONATHAN HULTÉN’s debut album Chants From Another Place is drawn from acapella folk and church choir compositions. Throughout the album, tales are weaved and musical influences collide as HULTÉN draws comparisons to artists including Nick Drake, Sufjan Stevens, Wovenhand and Fleet Foxes, as well as traditional folk artists such as John Martyn right through to his contemporaries in Anna Ternheim, José Gonzales, Anna von Hausswolff Chelsea Wolfe & Hexvessel.

“The Mountain”, the album’s debut single (released 10th January), is a potent yet minimalistic ode to loss and hope. Telling a tale of soul in distress, goes forth on a journey and faces death, transformation and rebirth is accompanied by a stunningly emotive animated video, created by JONATHAN HULTÉN himself, taking visual influence from the likes of Tolkien, Tove Jansson and art nouveau illustrator Aubrey Beardsley.

HULTÉN has created a deeply reflective and personal world that he invites listeners to explore. Recorded solely by HULTÉN in his studio in Stockholm, Sweden, the twelve compositions that make up Chants From Another Place were mixed by Ola Ersfjord from Cuervo Recording Service in Madrid, Spain.

The cover art is a self-penned portrait, reflecting the melancholy found within the songs on the album and an insight into HULTÉN’s unique persona.

“Chants From Another Place will thematically take you through landscapes of ecstasy, passing mountains of death and rebirth, sailing seas of adventure, traversing wastelands of despair and forests of myth. It is an inward journey and only time can tell which places will be visited under its duration. It is a tale of spiritual death and rebirth.”