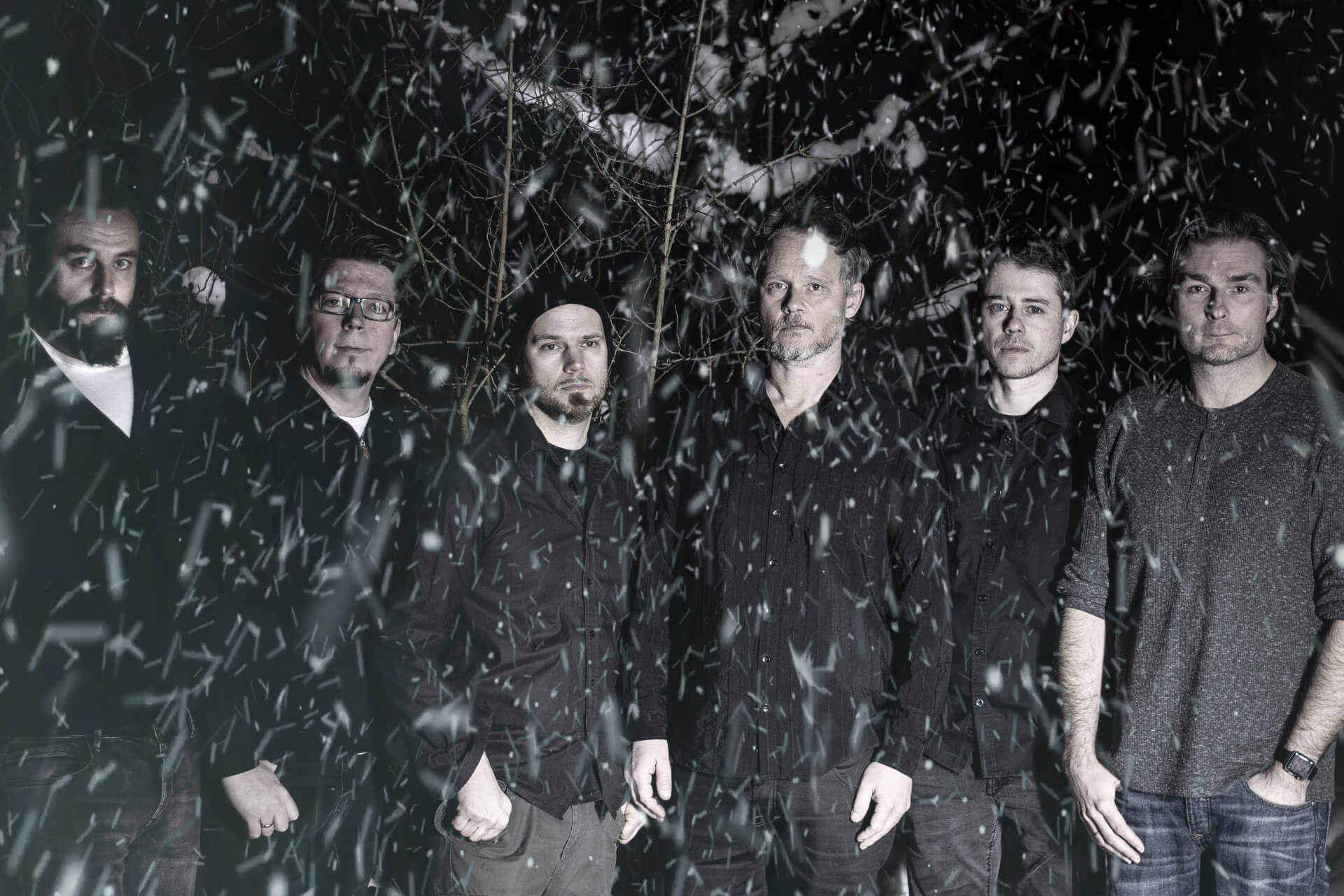 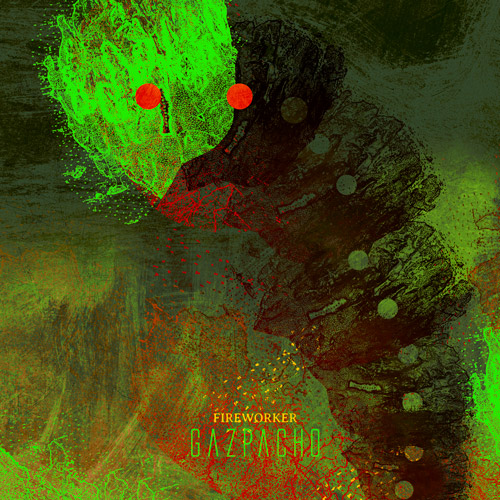 GAZPACHO, THE KINGS OF ATMOSPHERIC AND AFFECTIVE ROCK RETURN WITH NEW ALBUM FIREWORKER

DUE FOR RELEASE ON KSCOPE ON 18TH SEPTEMBER

For nearly twenty years, Gazpacho have reigned as the kings of atmospheric and affective art rock. That’s certainly no small feat, as the subgenre is full of wonderfully moody, ornate, and emotional artists; yet, none of them manage to achieve the same level of exquisite baroque resonance and hypnotically introspective weight as the Norwegian sextet. As a result, they never fail to provide awe-inspiring examinations of the human condition, and their latest observation, Fireworker, is no exception. It is undoubtedly among their greatest achievements, as well as one of the most profound pieces of music you’ll hear in 2020.

Conceptually, the album follows the band’s tradition of blending grand philosophical quandaries, stimulating literary leanings, and haunting personal turmoil. In a way, it acts as the culmination of the themes and techniques that’ve decorated earlier collections, combining the fatalistic isolation of Night and Missa Atropos; the ill-fated narrative drama of Tick Tock and Soyuz; and the hefty theological/scientific contemplations of Demon and Molok. Beyond that, its central premise (that humanity has always been controlled by an infallible and omniscient creature determined to propagate at any cost) means that Fireworker comes across like the overarching umbrella under which all of its predecessors occur.

Keyboardist Thomas Andersen elucidates: “There’s an instinctual part of you that lives inside your mind, separate from your consciousness. I call it the ‘Fireworker’ or the ‘Lizard’ or the ‘Space Cowboy.’ It’s an eternal and unbroken lifeforce that’s survived every generation, with a new version in each of us. It’s evolved alongside our consciousness, and it can override us and control all of our actions.” In order to get us to do what it wants, he clarifies, the “Fireworker” will silence the parts of our mind that feel disgust or remorse so that we’re unable to stop it. The conscious part of our mind, Andersen notes, will actually “rationalize and legitimize” those thoughts and actions so that we never discover the beast behind-the-scenes. No matter how we feel about ourselves in terms of identity, accomplishments, and value, we’re all just vessels—or “Sapiens”—that the creature uses until it no longer needs us. “If you play along,” Andersen explains, “It’ll reward you like a puppy and let you feel fantastic; if you don’t, it’ll punish you severely.”

Like Night, Fireworker is a single “trip” broken into five chapters but meant to be appreciated all at once. This time, however, Gazpacho’s recurring protagonist is investigating the labyrinthian hive of his own psyche to engage in a Bergman-esque confrontation with the “Fireworker.” This journey is even represented by the Wimmelbilder cover, which, as usual, was designed by collaborator Antonio Seijas and depicts “the billions of neurons that create the cave of the mind”.

Fireworker declares its mesmeric dominance right away via “Space Cowboy,” a side-long suite whose ominous lyricism (“The parasite / That lives in me / Murders words / From where I stop / And it breathes in / We’re biting our tail / The cycle begins”) is but one of many reasons why it’s among Gazpacho’s greatest compositions. From its heartbreakingly delicate first movement and chaotic centerpiece, to its mournfully symphonic penultimate phase and thunderous outro, it is a masterpiece onto itself, cementing how vivacious, evocative, and imaginative Gazpacho remain after all these years.

From there, the sequence remains just as seductively eccentric and beautiful. In particular, “Hourglass” is a gorgeous piano ballad that evokes March of Ghosts in its fusion of welcoming melodies and gentle orchestral flourishes. That then make way for the feisty layers and catchy hooks of the band’s first single and title track “Fireworker.” Fittingly, “Antique” takes over with angelic mystery and the album closer “Sapien,” echoes the dynamic range and epic scope of “Space Cowboy,” resulting in an awe-inspiring finale that envelops you in luscious arrangements and poignant existential realizations.

Naturally, Gazpacho’s career has been full of great performances and glowing praise. Outside of issuing three superb live LPs (2010’s A Night at the Loreley, 2011’s London, and 2015’s Night of the Demon), they’ve played festivals such as Be Prog! My Friend, Night of the Prog, Midsummer Prog Festival, and Cruise to the Edge, where they delighted audiences alongside exceptional brethren like iamthemorning, Anathema, Pain of Salvation, Caligula’s Horse, Riverside, The Neal Morse Band, and Steve Hackett. Unsurprisingly, their records have been met with similarly enthusiastic reception; for instance, their previous statement, 2018’s Soyuz, earned superlative accolades from publications such as PROG, Echoes and Dust and Louder than War.

Fireworker is truly life-changing experience, so you would be wise to turn off all of the lights, clear your mind as best you can, and prepare to meet the Fireworker.

Sadly, due to the current covid-19 situation the band’s European and UK dates scheduled for October 2020 have been postponed to October 2021, but as the band didn’t want to disappoint their fans Gazpacho are planning to play Fireworker in its entirety via a livestream, alongside a Q&A about the concept plus will play a few favourites from their repertoire. Details of the streaming event and the rescheduled tour will follow soon.

In the meantime, they suggest, you should internalize the record as much as possible to eventually “research your own ‘Space Cowboy.’” Anderson adds: “It’s an attempt at a safe way of looking at something highly dangerous because the animal does not understand music or poetry. We’re trying to outsmart it by writing around it, as music can go places words can’t and there’s a magic to it all.”. 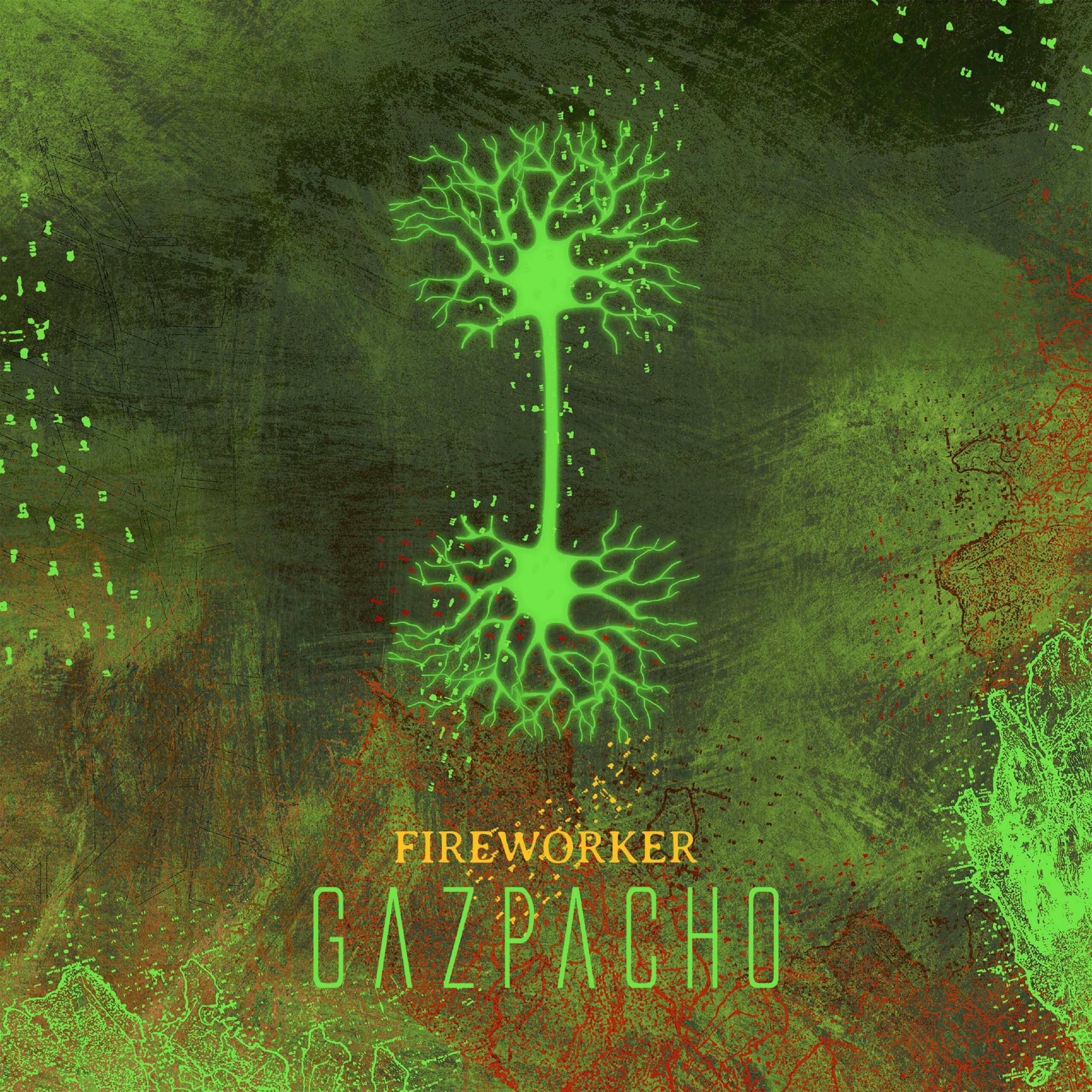 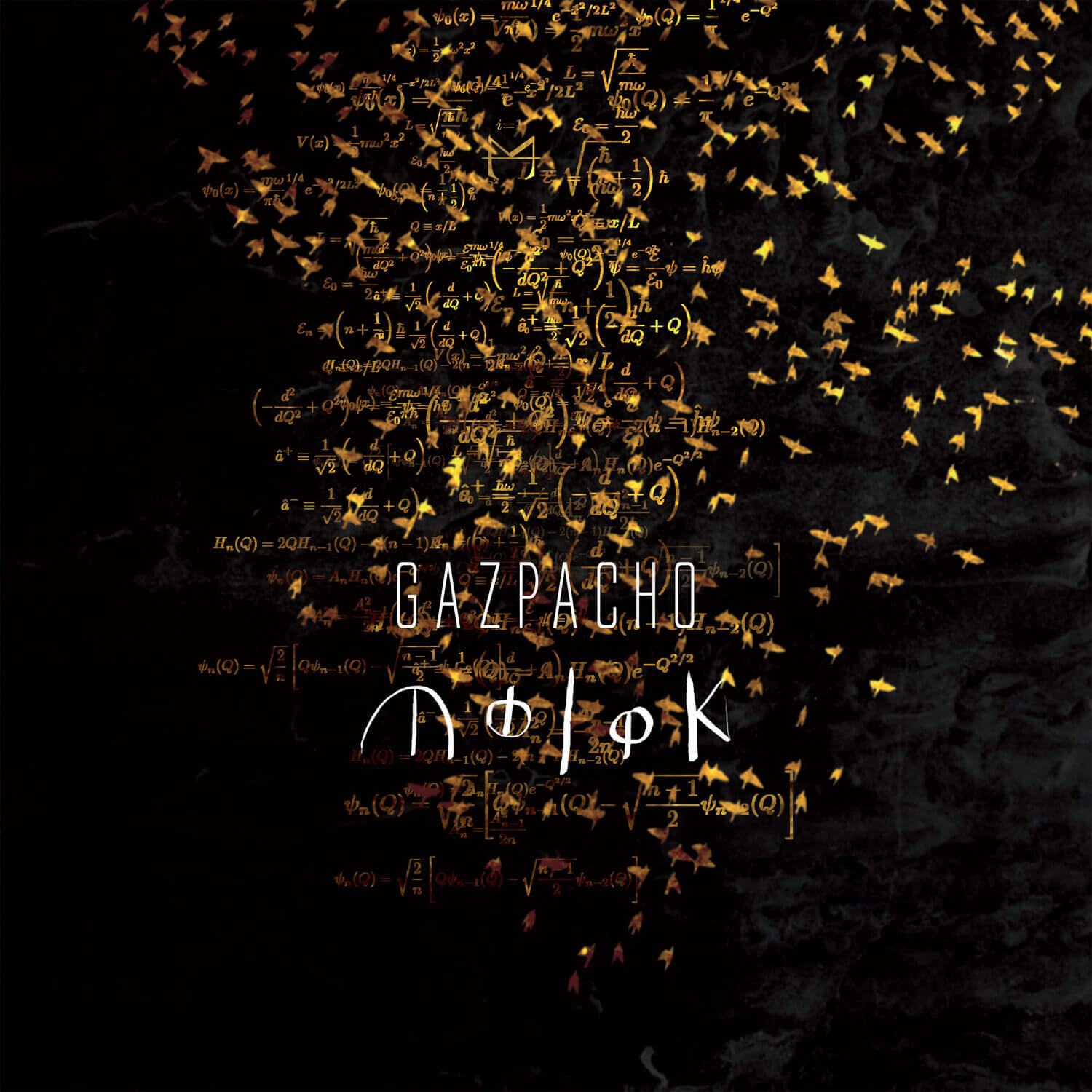 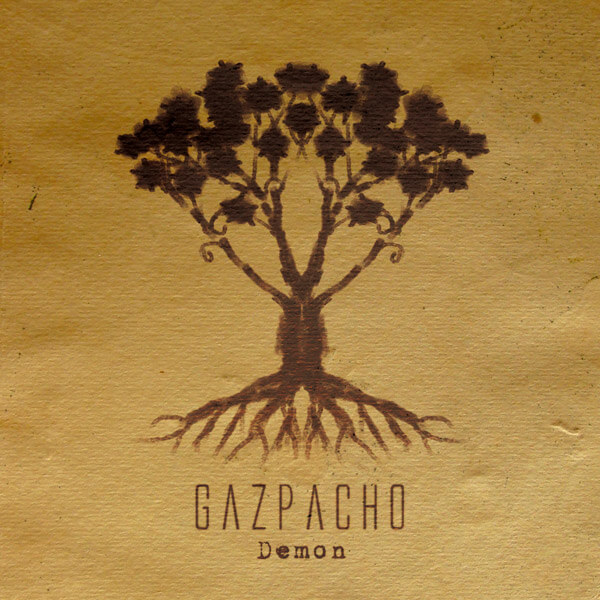 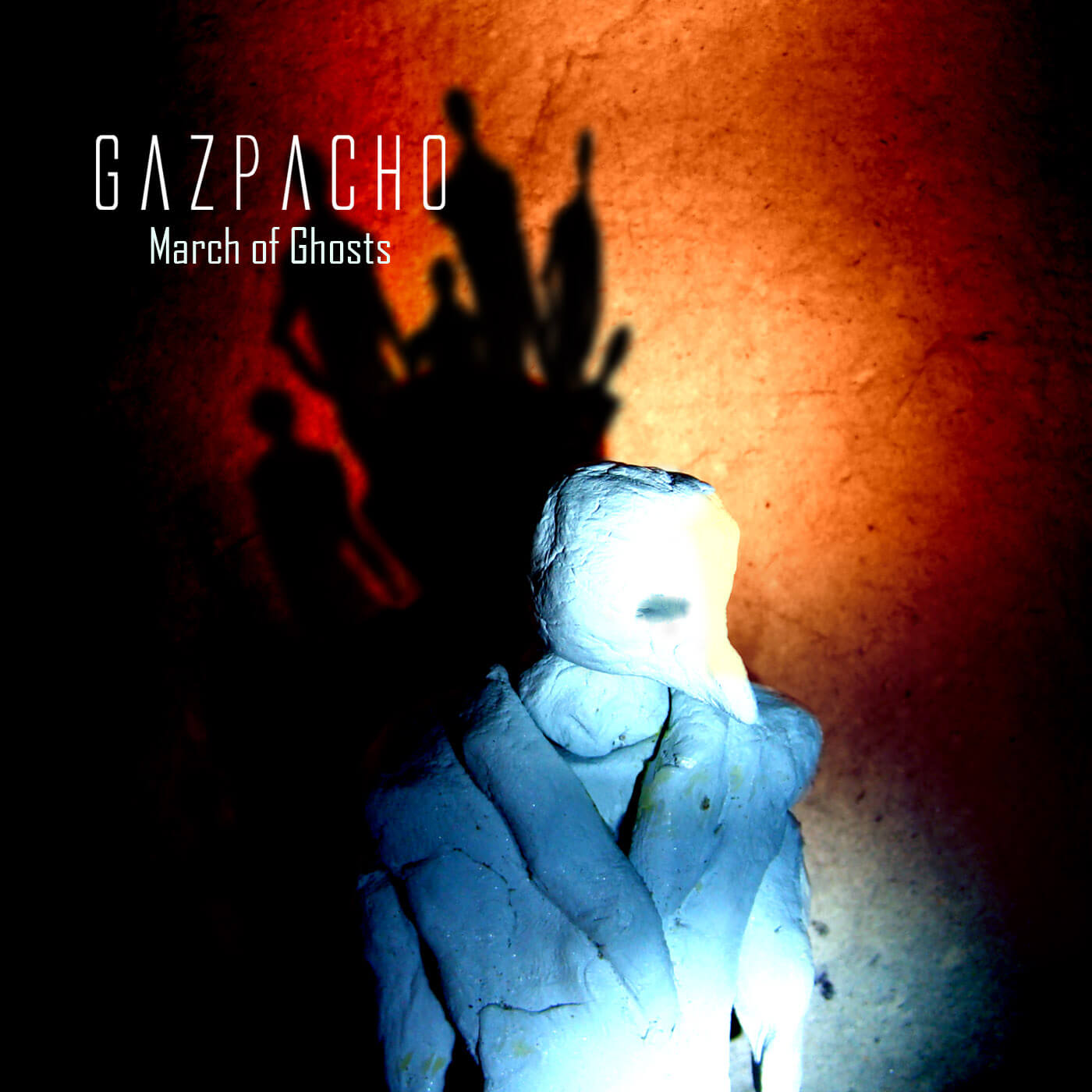 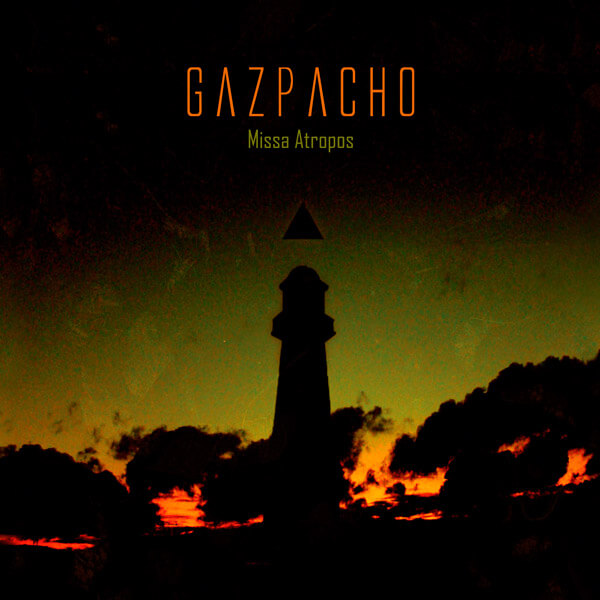