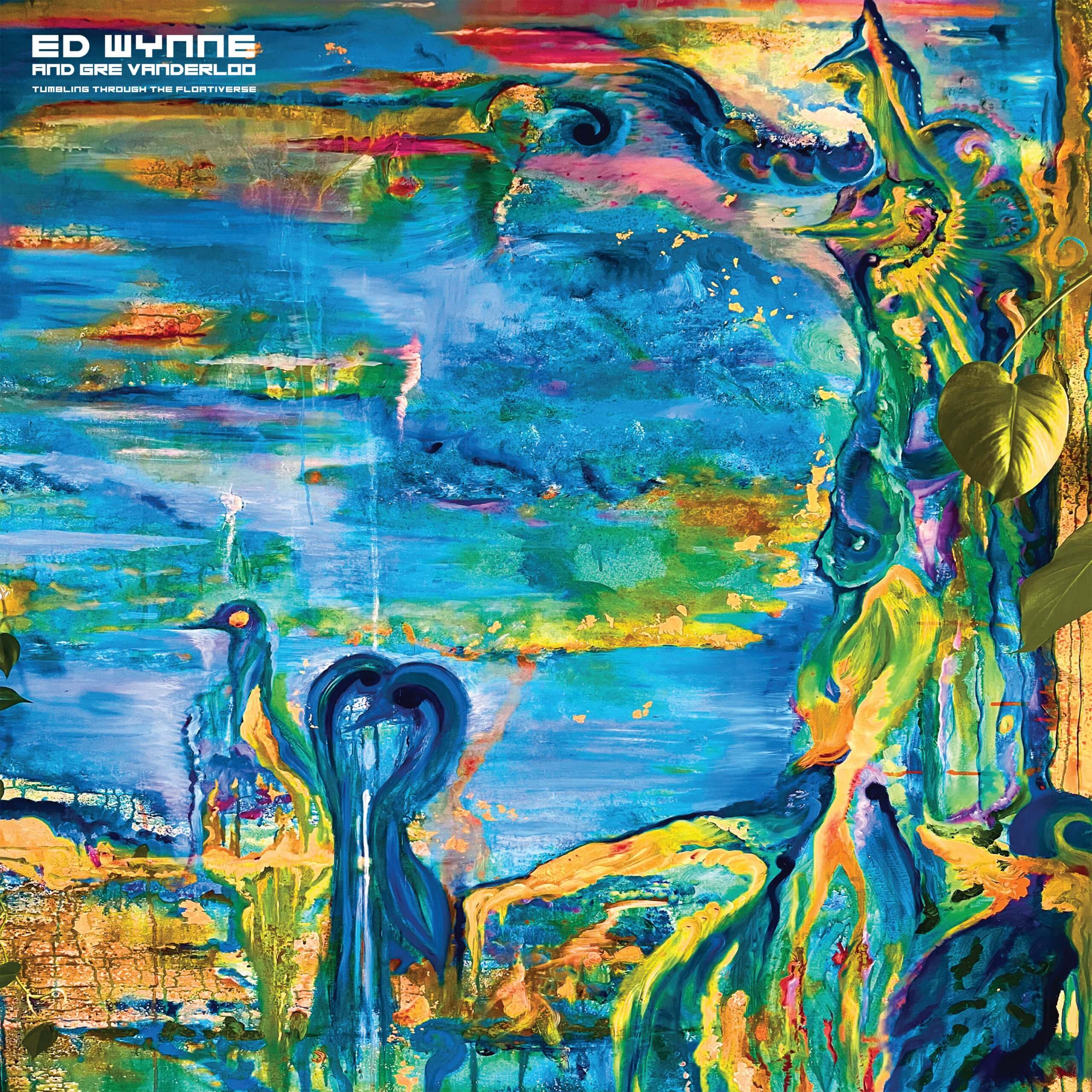 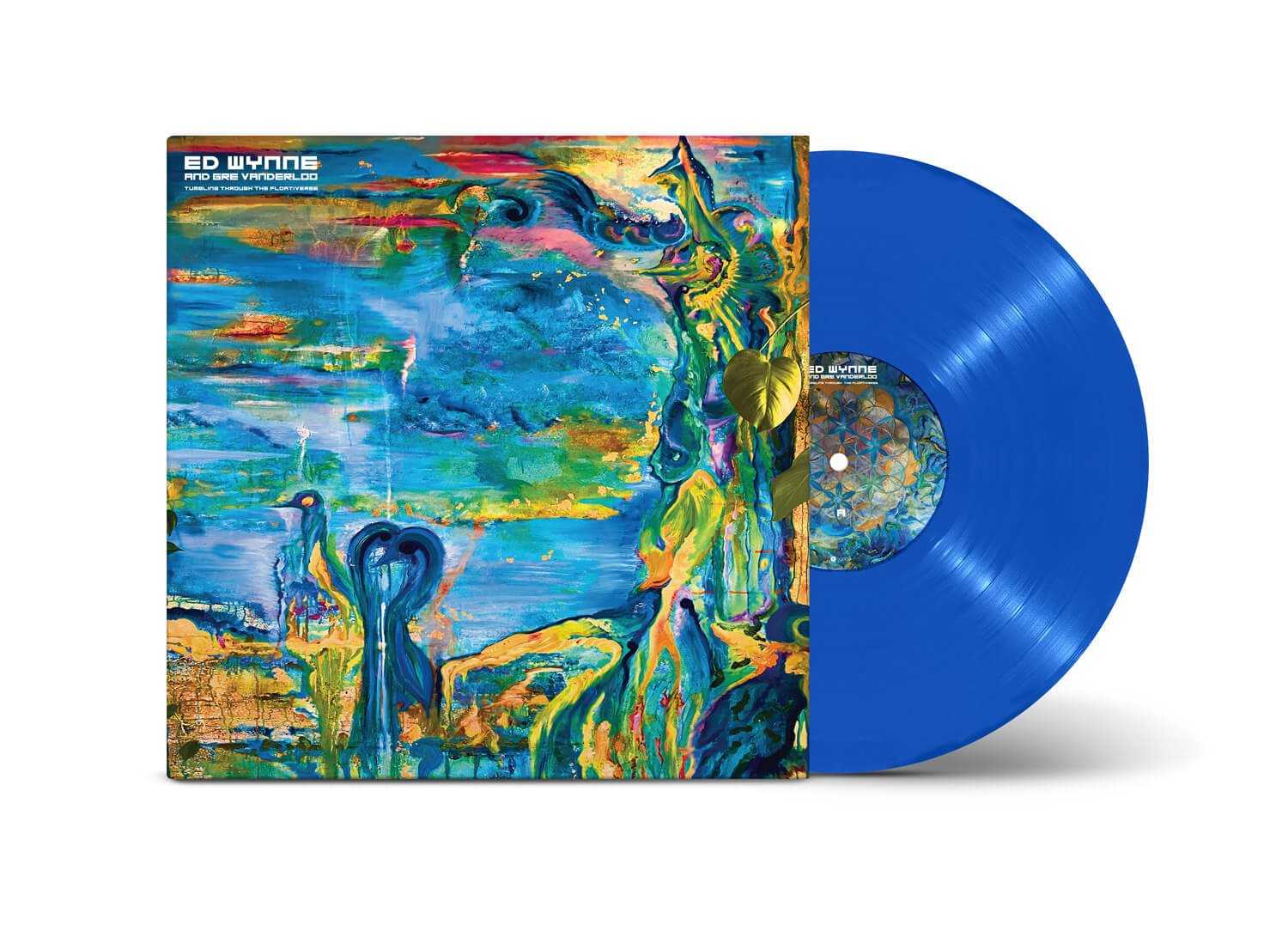 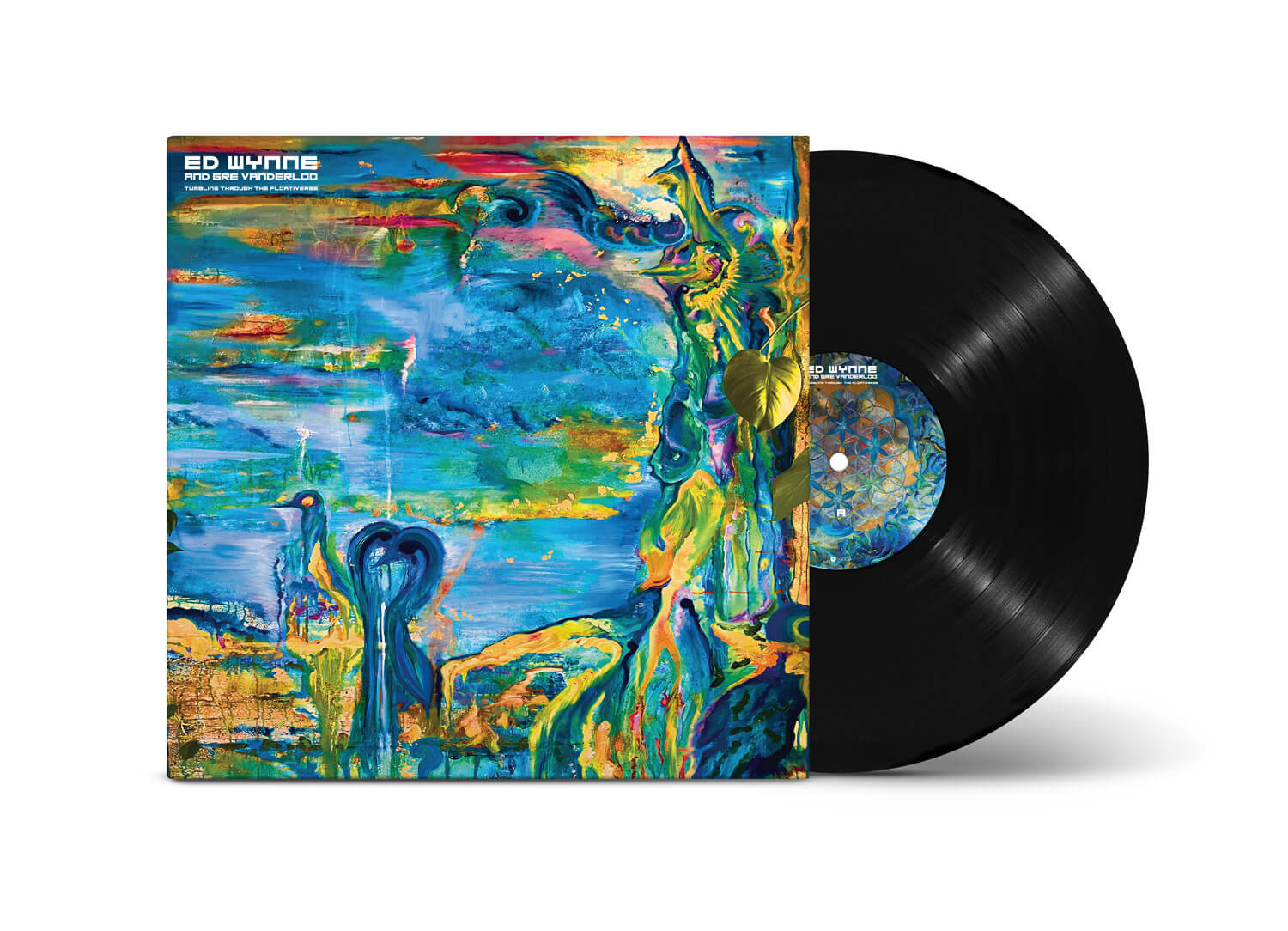 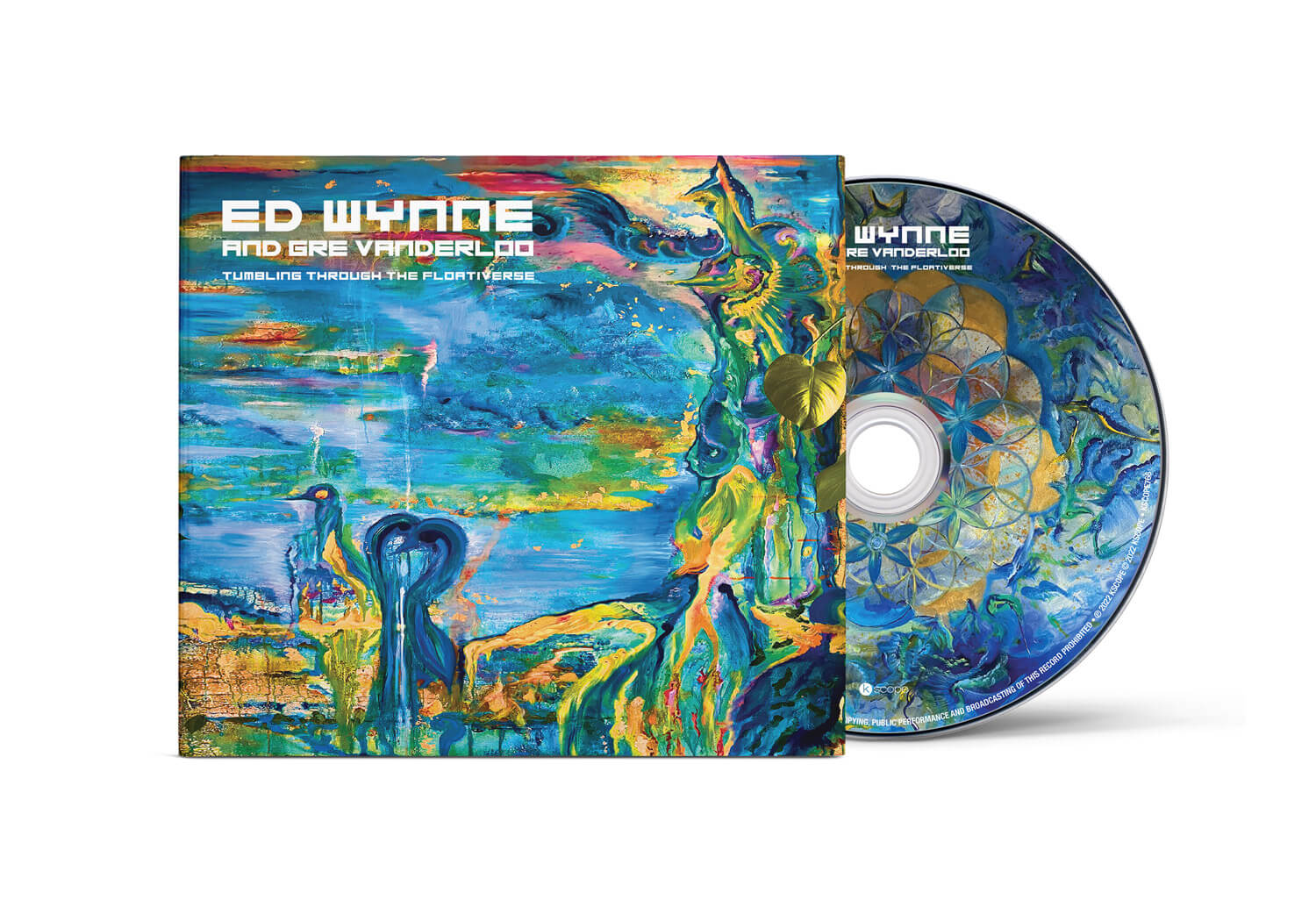 Pre-Order/Save 'Tumbling Through the Floativerse'

Ed Wynne, frontman of the influential British band Ozric Tentacles has announced ‘Tumbling Through The Floativerse’, a brand new studio album made  in collaboration with Gre Vanderloo of Gracerooms. The album will arrive via Kscope on 15th July 2022 on limited edition blue vinyl, along with standard black LP, CD and digital.

With Ed having been a friend and admirer of Gre Vanderloo and his project Gracerooms for some time, the pair began working together in early 2020 at Wynne’s Blue Bubble Studio in Fife, Scotland. The album features guest appearances from Ozric Tentacles’ synth player Silas Neptune and Gracerooms bassist Paul Klaessen, with Ed Wynne himself on engineering duties and mastering from Adam Goodlet, along with typically psychedelic album artwork by Valerie Fangman.

The creative vision of multi-instrumentalist Ed Wynne, Ozric Tentacles are regarded as one of the most influential bands to emerge from the UK’s festival scene, formed during the solstice at Stonehenge Free Festival 1983 going on to become psychedelic staples at Glastonbury and other festivals. Since their inception the Ozric Tentacles have woven psychedelic audio-tapestries that capture the almost dangerous musical diversity of the free festival scene, blending acid rock with dub, reggae, ethnic world music and electronic, jazzy experimentation.  The Ozrics’ uniquely trippy soundscapes connect fans of progressive rock, psychedelia and dance music culture.

Ed Wynne on ‘Tumbling Through The Floativerse’:

“I’ve always enjoyed the synth orientated musical worlds he creates with his project ‘Gracerooms. Shortly before lockdown 2020, whilst making the early stages of the recent Ozrics album Space for the Earth, we decided to try and make some tunes together. Gre came over from Holland where he lives, to the Blue Bubble Studio here in Fife and we started recording pretty much straight away. We ended up with about six definite starting points, which then developed and unfolded into a harmonic realm we referred to as ‘The Floativerse’… A place where you might escape gravity for a moment”.

Gre Vanderloo on ‘Tumbling Through The Floativerse’:

“It all began in 2018 when Ed asked me to play synths at a Nodens Ictus gig, which, as a heavy Ozric fan made me  as proud as a peacock! That's where the idea of making an album together was formed.

recording some things here and there not knowing that some of that was already tumblin thru…. Then I visited Ed a while after and we recorded lots of v-drums and synths and unknown layers of silly madness in the Blue Bubble Studio in Scotland. We had so much fun while creating this magical floativerse, and I think some will feel that.

I think it's not an Ozric album and not a Gracerooms album, and yet somehow both. basically it’s Tumbling thru the Floativerse and it has Erpman and waterfalls!” 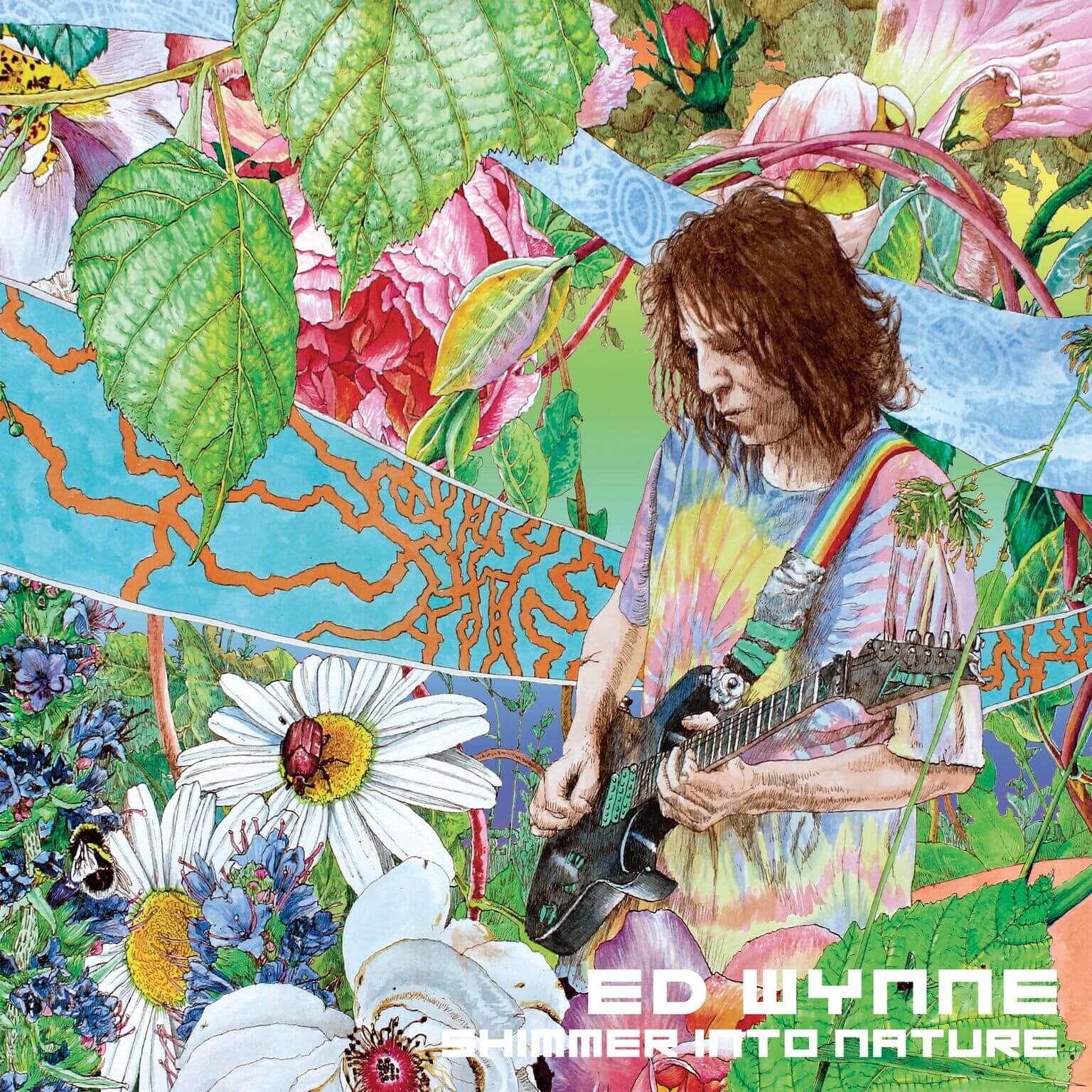 A visionary, a prodigal symphonist, one of the UK’s leading influential musicians: Ed Wynne is undoubtedly a gifted instrumentalist. He is credited as one of the linchpins of the UK festival scene’s re-emergence along with his band Ozric Tentacles, who formed at Stonehenge Free Festival 1983 and became staples of the Glastonbury Festival, with their most recent performance at Glastonbury in 2016 on the Glade stage.

With an incredible flair for creating masterful tapestries of sound, and for having sold over a million records worldwide, Ed Wynne’s debut solo album on Kscope will be quick to take a hold on fans of psychedelic synth and rock music.

Shimmer into Nature was recorded and inspired by the different locations Ed Wynne travelled to over three years, from deep in the Colorado Mountains, to the coastlines of Cornwall and South Devon, before being completed on Scotland’s East Coast by the Firth of Forth.

“The idea is to transport the listener to a place where the everyday ups and downs of the world dissipate, leaving the mind free to wander through a colourful, omnidirectional  guitar and synth driven musical landscape for a while, landing eventually, hopefully freshly charged, with a smile and a calmer spirit.”