Following the release of her critically-lauded Top 40 album The Art of Losing, Welsh producer and multi-instrumentalist The Anchoress (aka Catherine Anne Davies) has shared a remix of recent single ‘Unravel’ by rapper and producer Cross Bone T. Catherine comments, ‘I was thrilled to get my good friend rapper/producer/mixer Cross Bone T to reimagine one of my favourite tracks from the new album, 'Unravel'. He is best for his work within the hip-hop genre, working with the likes of Gawd Status and Strange U (Eglo Records). Here he turns his hand to transforming 'Unravel' into a pulsating, gritty trap-infused dubstep/future bass confection. I love it!"
Hot on the heels of being named one of The Sunday Times’ “must-hear” albums of 2021 last weekend, Catherine has also announced more live shows as well an appearance at this year’s Long Division festival in Wakefield.  This year will also see Catherine support Manic Street Preachers on their autumn 2021 tour at 13 shows, followed by her own headline show at Queen Elizabeth Hall in London for May 2022. The Art of Losing is a sonically ambitious album, helmed by Davies on sole production duties - a move she said felt both natural and necessary after having a "side hussle" in engineering/producing for others. The Art of Losing also features guest appearances from James Dean Bradfield (Manics) as well as legendary drummer Sterling Campbell (David Bowie, Duran Duran). Singles ‘Show Your Face’ and ‘The Art of Losing’ were both championed and playlisted by BBC 6 Music, with the album also receiving the coveted ‘Album of the Day’ spot, a feature on BBC Radio 4’s Front Row, and an appearance on Channel 4’s Sunday Brunch. Davies’ diverse talents as an arranger and multi-instrumentalist have also been put to use across a range of other band projects, most recently via the collaborative album In Memory of My Feelings with Bernard Butler and duetting with the Manic Street Preachers on Resistance Is Futile. She also brought a new generation of ears to Simple Minds, where she spent much of the last four years recording and touring on keys/vocals, before departing in 2019. Order ’The Art of Losing’ -  www.theanchoress.co.uk 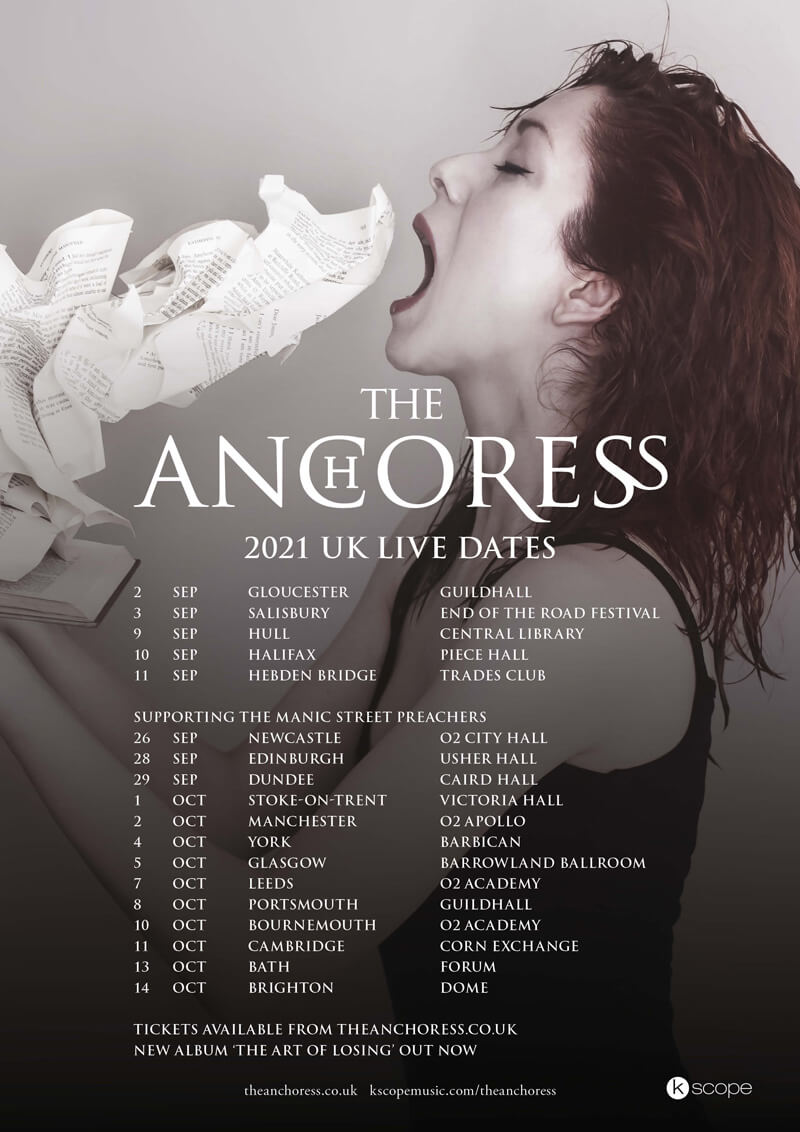