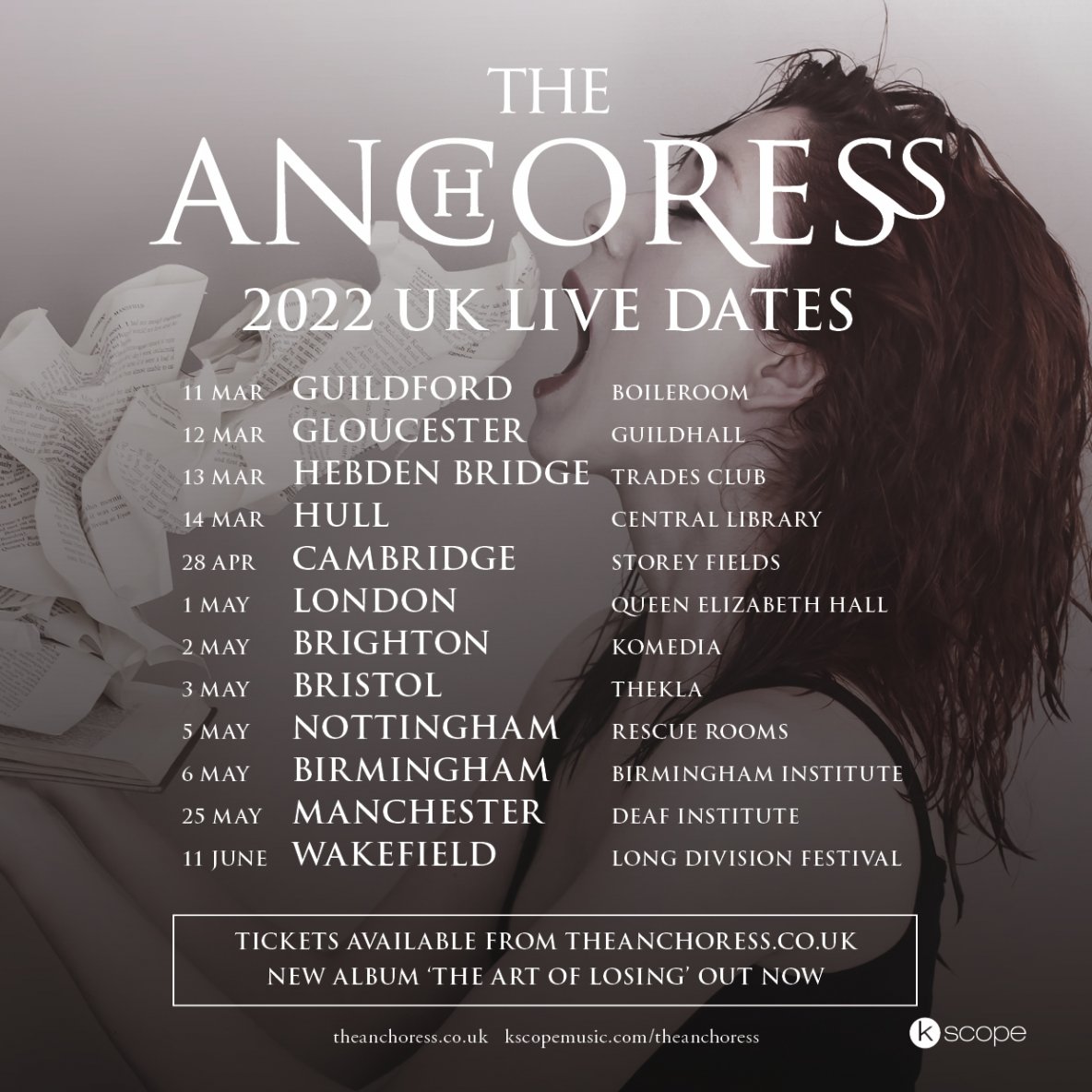 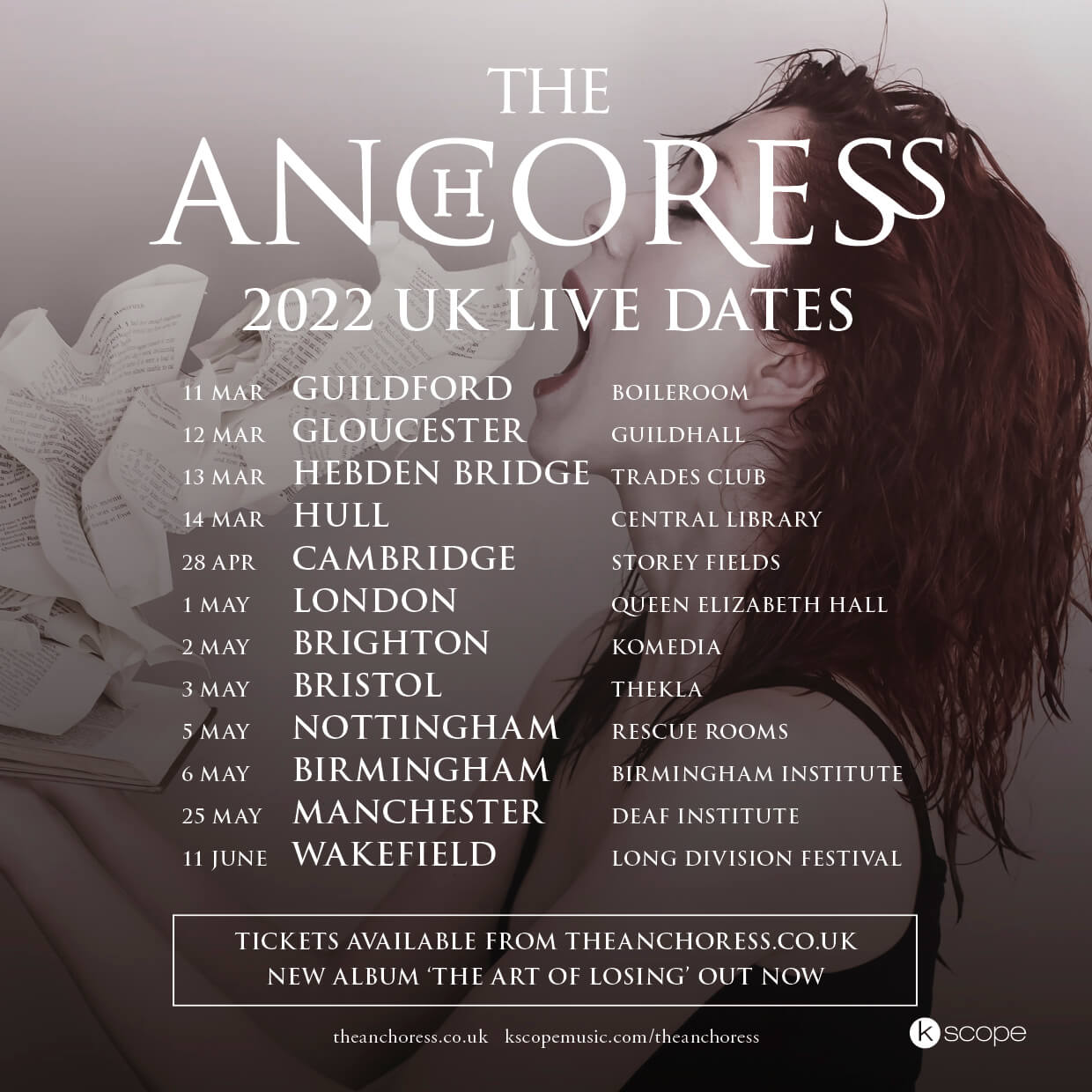 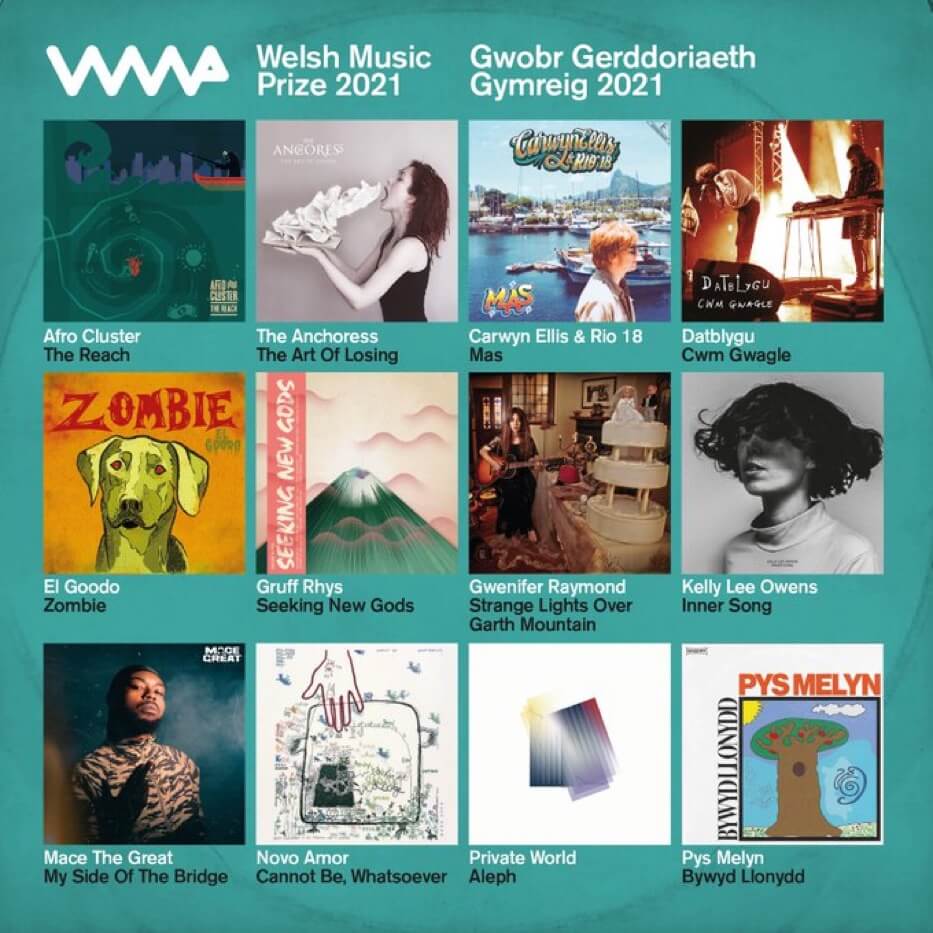 “A brave and inspirational album. And what a remarkable artist.”
THE SUNDAY TIMES (Album of the Week)

“The Art of Losing has the critics bandying about words such as ‘masterpiece’
and it’s hard to argue with a record packing such an emotional punch.”
STUART MACONIE, BBC 6 MUSIC

The Anchoress aka Catherine Anne Davies has announced a tour for Spring 2022 (including some rescheduled dates from this year).  Her album ‘The Art of Losing’, released earlier this year has also just been nominated for the Welsh Music Prize.

The nomination caps off a thrilling and at times challenging year for the Welsh producer, multi-instrumentalist and songwriter who has been shielding during the pandemic but is now thrilled to confirm new live dates.

With Elton John praising it as “one of my favourite records of the year”, and Caitlin Moran describing the album as “the inadvertent, beautiful and truthful soundtrack to this moment,” the judges of the Welsh Music Prize have joined the chorus of praise for ‘The Art of Losing’, shortlisting the self-produced second album.

Davies says: “As someone proudly from Welsh blood, it's a huge honour to be nominated for the Welsh Music Prize for the second time, alongside so many other amazing Welsh talents. It really feels like a showcase of the soul and spirit of Cymru, shot through the heart as it is with music and poetry.”

‘The Art of Losing’, which featured a duet with James Dean Bradfield (Manic Street Preachers) and drums from Sterling Campbell (David Bowie, Duran Duran). successfully transformed wall-to-wall critical plaudits into a Top 40 position in the UK album charts, as well as the #1 spot on iTunes and several radio playlists. It was also named album of the week by The Sunday Times, The Line of Best Fit, Mail on Sunday, and The Telegraph, and found fans everywhere from The Financial Times, to a spot on Made in Chelsea, as well as a coveted place in The Guardian’s Albums of the Month.

BUY TOUR TICKETS
Sign up to the Kscope newsletter for the latest news and releases from the label!
Holler Box