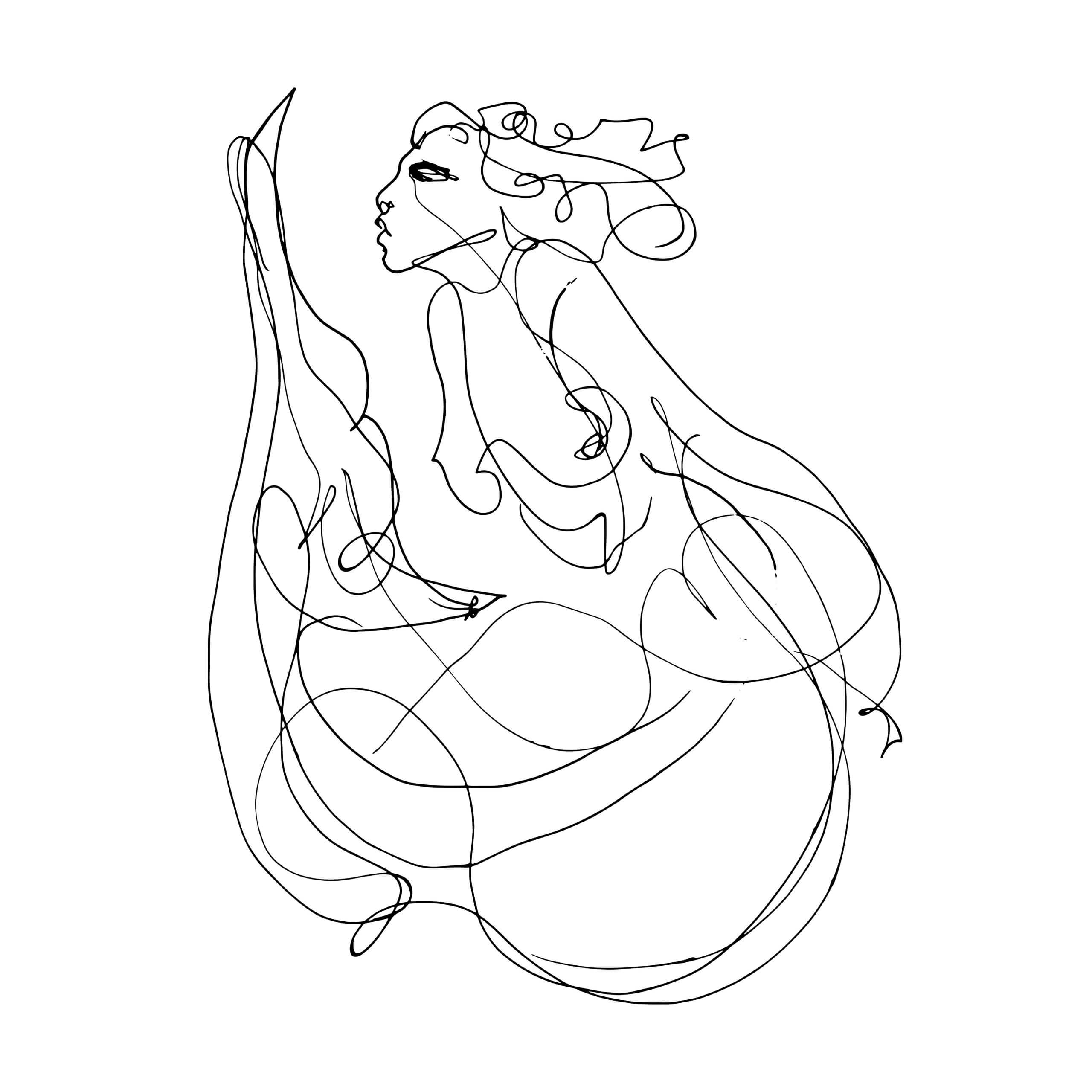 Jon Gomm's latest album ‘The Faintest Idea’ is out now.

Once again teaming up with The Samsara Collective, the video was filmed in the stunning setting of Niamos Radical Arts Theatre, Manchester, to showcase the immersive and expressive emotional quality of Jon’s music.

Jon discusses the meaning behind the track, which may resonate with many people ‘I have many mental health diagnoses, worn like medals earned in a war against myself.

One is rapid cycling bipolar, which leaves me with frequent bouts of depression. When I'm depressed, I hide in worlds sheltered from human emotion. Like science, nature. And one time I was hunkered down watching a documentary about fish. This was new footage, of undiscovered creatures who live in the very deepest parts of the very deepest oceans. Down there it's cold, bleak, and there's almost no light, and almost no life. And these fish were hideous. Deformed beasts with terrifying fangs and luminescent lures. 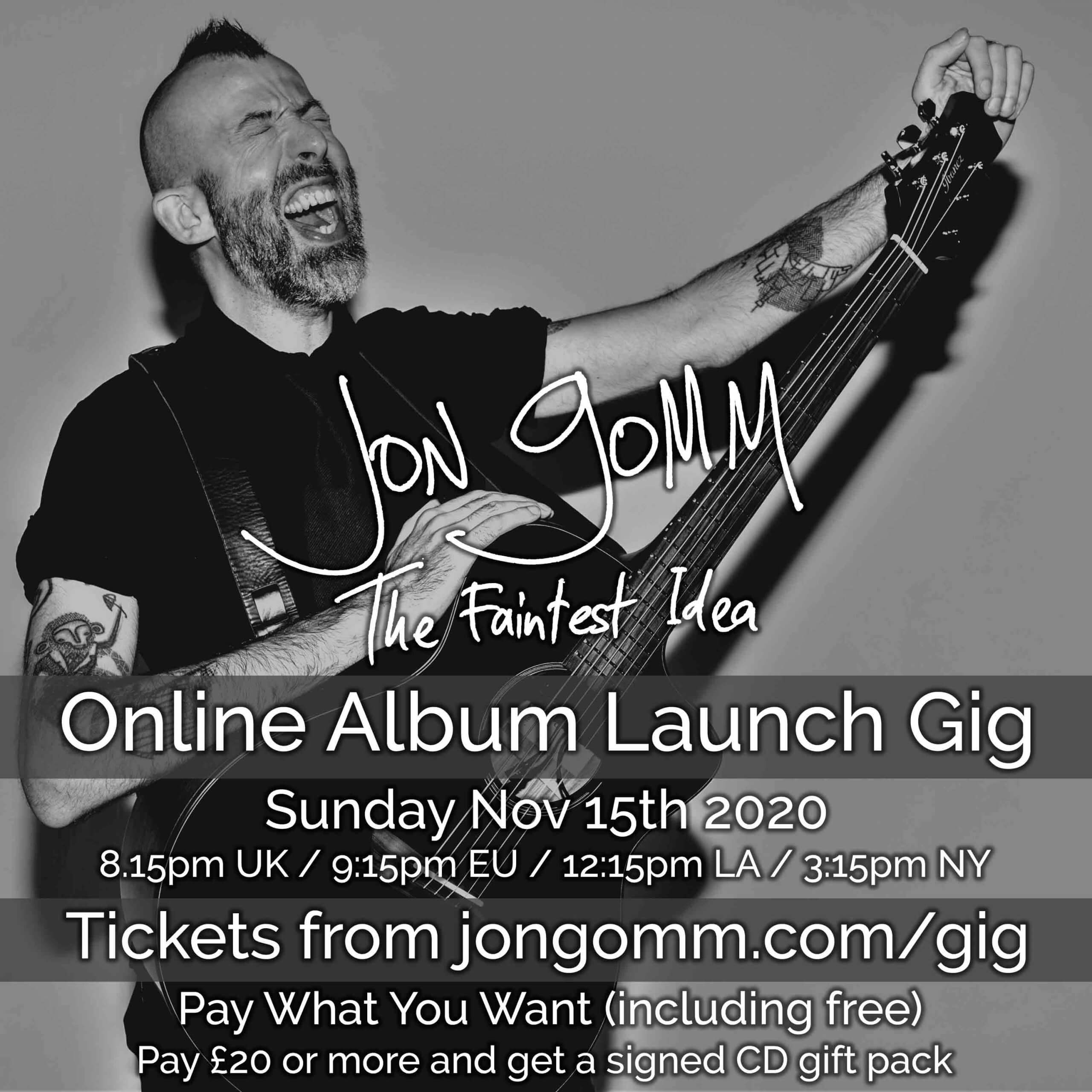 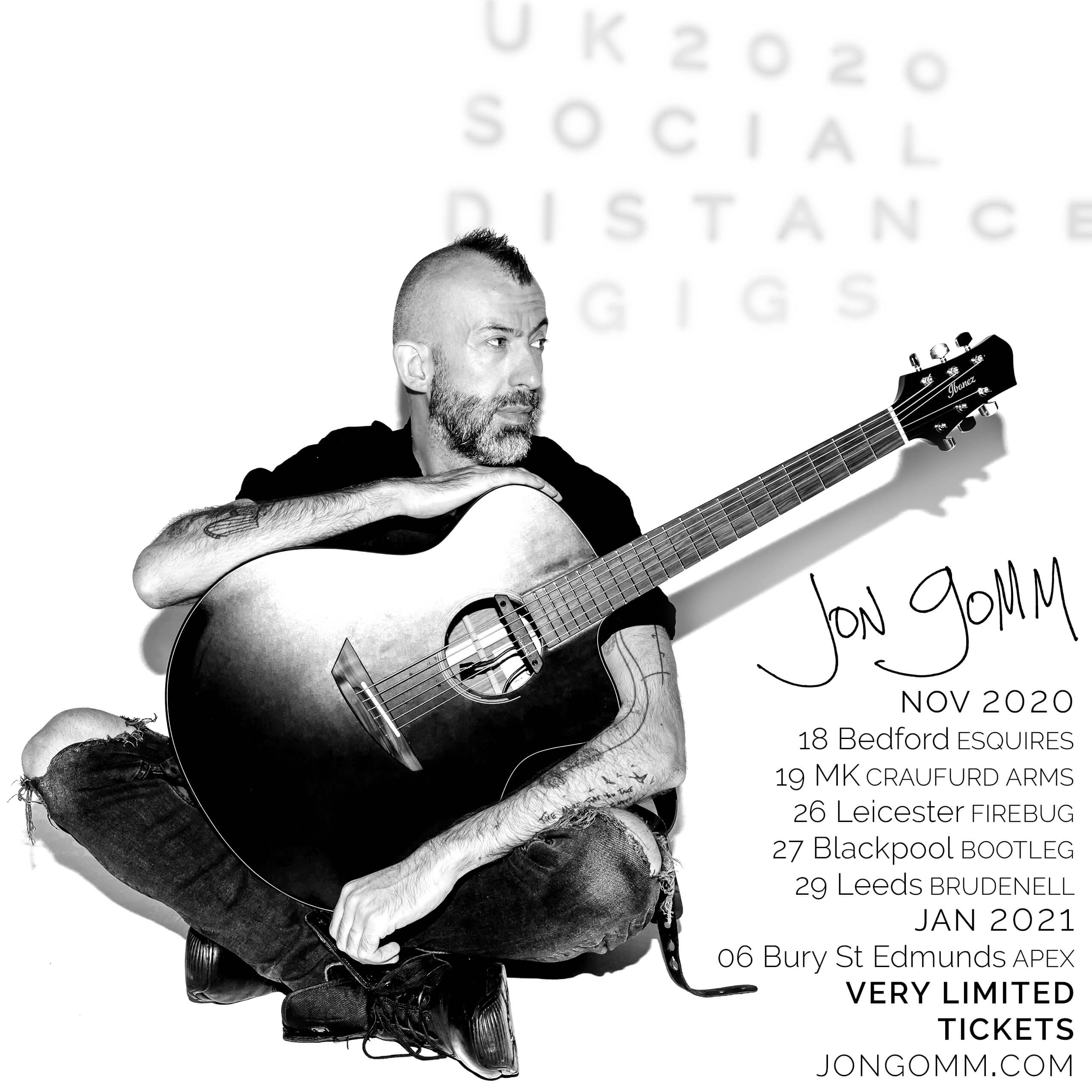 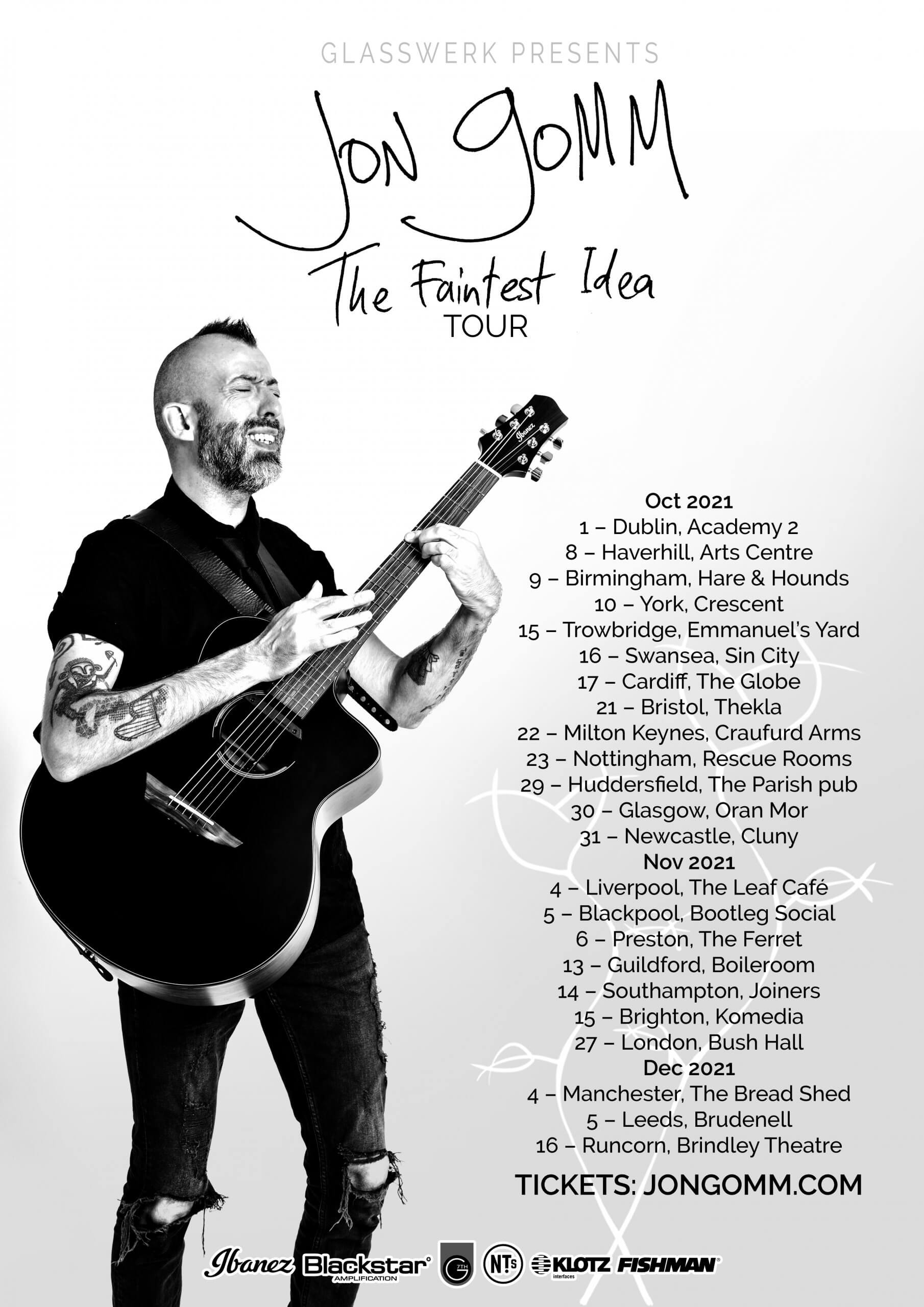 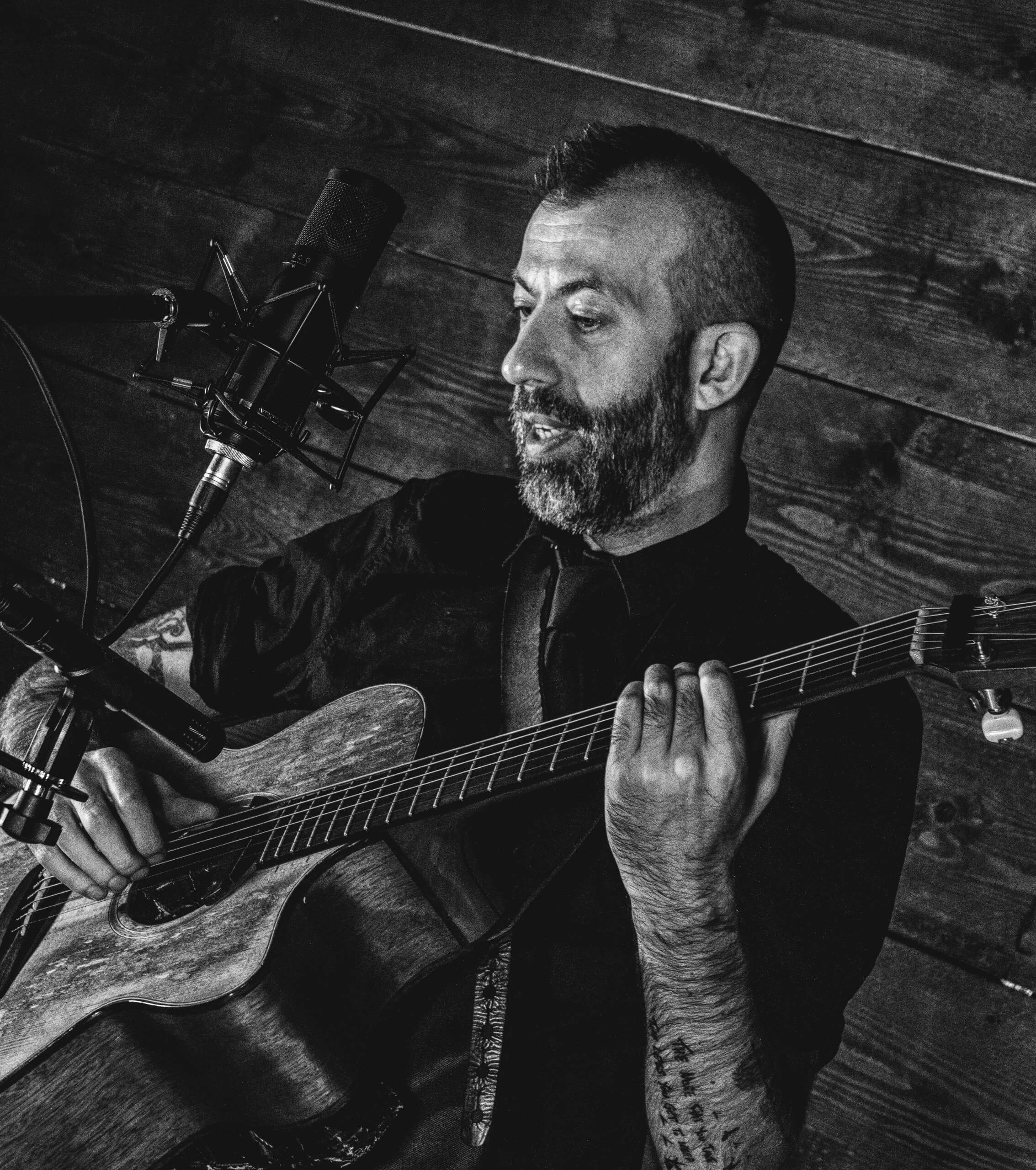 Kscope are pleased to announce the signing of acoustic singer-songwriter and virtuoso guitarist Jon Gomm.


Working as an independent artist since the release of his debut album in 2003 marks the first time Jon has teamed together with a record label.

He states, 'I’ve always been known as a fiercely independent artist, with whatever successes and failures all achieved by my own merit. In reality, it was a team, with my wife Natasha as my manager for over a decade. But when our daughter was born, something had to give, so she wisely quit. So after my own internal battle like when Clarke Kent fights a drunken Superman clinging to his old powers, I had to admit to myself that a big part of my working alone was that I was scared of being rejected. And because of that I’d fostered a lot of mistrust, to protect myself. I realised that it’s not compromising my ethics to work with other independents who can help me. And maybe it was time to finally grow up.


As soon as I mentioned to friends I was looking for a label, Kscope came up twice - once from Dan Tompkins (Tesseract), and once from someone who works in music promotion, and they both thought it would be a good home for me. So I met with the label, and they just want to help artists they love release music. It’s that simple. They don’t want to change me or my music or control it. And they are so, so patient. Thank fuck. It feels like a symbiosis of two independent entities. I have not been eaten. In fact they’ve given me freedom I never had. 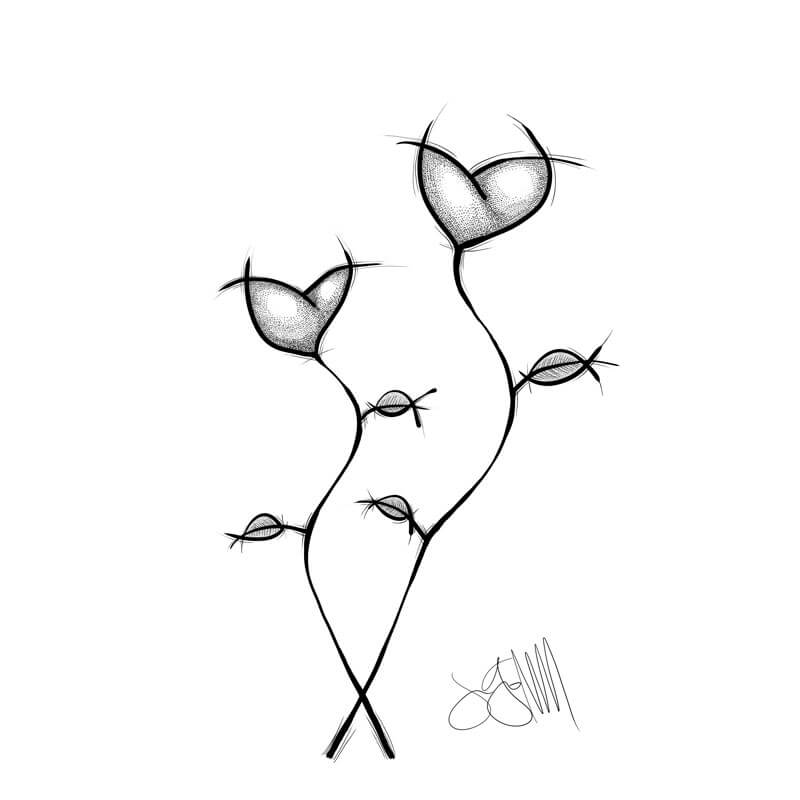 APPLE MUSICSPOTIFYFACEBOOKYOUTUBEINSTAGRAMTWITTER
Kscope MD Frederick Jude adds, 'We are truly excited to be working with Jon Gomm. Following a successful career to date, touring the globe, self-releasing music and video, amassing more than 32 million YouTube views and 187 thousand YouTube subscribers, we are thrilled to debut his new music on Kscope.'

In January 2012 his song Passionflower went viral online, with the video passing 6 million hits at the time, resulting in national TV appearances in the UK, Portugal, Holland, Brazil and Turkey. Now in 2020 the video has passed 17,000,000 hits and for the first time as of today it is now available, newly recorded on Spotify. Commenting on the song that changed his life,

'Judging by what people tell me, it’s the song everyone wants to be able to stream. Living in the inner city in Leeds, your “garden” is a 12-foot square concrete yard glued to a million others. I once threw some passion fruit seeds in the dirt, almost as a joke. One day I came back from tour, and went out into the yard and there was green everywhere. I traced the vines back to this little pot where I’d thrown the seeds. It was like Roald Dahl had written this huge plant across my life. Then the first day of summer arrived, and this plant tasted sunlight, and buds all over it burst open into flowers pulsating with life. Thousands of miles from its tropical home, lost in the grey urban north, turning seemingly pointless struggle into vivid existence.

So I wrote this song for it, and my friends made a video of me playing it, and the song then started to live out its own meaning, as it went from nothing, just from people sharing it, into a this life-changing phenomenon, so that I ended up playing on TV shows and stages all over the world, touring Europe, Australia, North and South America, Africa, China. Famous people told me they were fans, my childhood music magazines sprung to life.'

Despite the success of the track Jon never recorded a version of Passionflower that he'd been happy with. So he called up an old friend, Australia based producer Andy Sorenson, who took Jon's raw, intimate solo acoustic performance, and placed it in an expanded landscape. This sound is also a reflection of the new music he will release on Kscope later this year,

'There's something about this reverberating stereo space that feels open, like lying beneath an enormous sky, but also the warmth just envelopes you at the same time, like being swaddled in some familiar, trusted place. It’s the sound I’m taking with me for the new music I’m creating now. This, now, is the Passionflower’s final form.'